GiGi, a great horned owl, was completely alone – until she met the one man she’d never forget.

GiGi first arrived at Mississippi’s Wild at Heart Rescue toward the end of May after suffering significant head trauma, which the rescue suspects was the result of being hit by a car. She had a massive concussion, her body was riddled with parasites and she had a condition called aspergillosis, which is similar to pneumonia in humans, Missy Dubuisson, founder and director of Wild at Heart, told The Dodo.

GiGi was so ill that, during the course of her treatment, she lost an entire pound of weight – which was a lot, considering great horned owls typically weigh anywhere from 2 to 5 pounds. 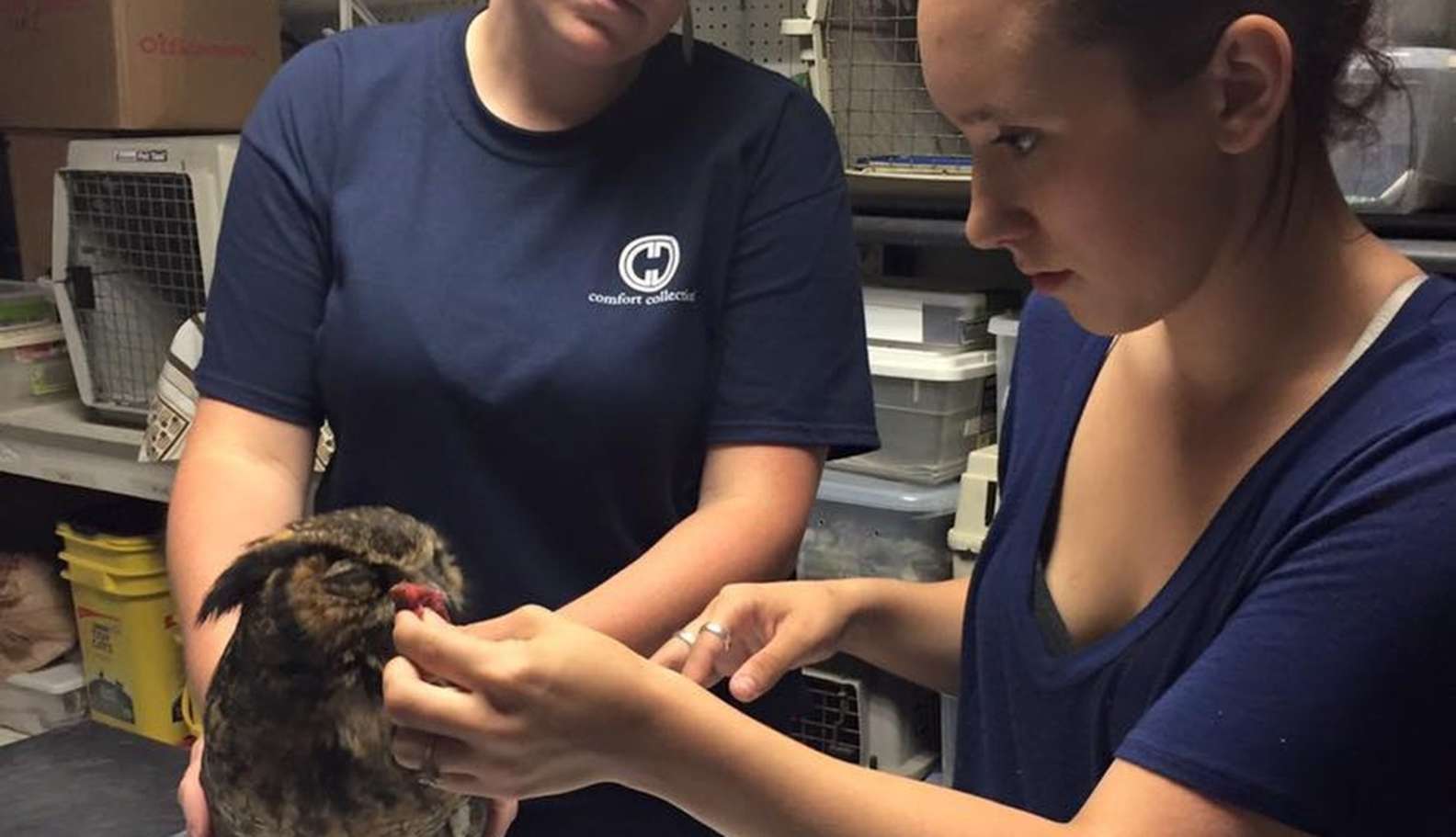 “This bird was one of the most critical we have ever taken care of,” Dubuisson said. “The fact that this bird has lived is beyond comprehension.”

But if there was anyone at the rescue who could help GiGi get back in good health, it would be Douglas “Doug” Pojeky, president of the rescue and affectionately known as the “birds of prey whisperer.”

“In all my years of working with birds of prey, I have never seen someone with such a bond with these magnificent birds,” Dubuisson said.

Under Pojeky’s care, GiGi went from knocking at “death’s door to perching,” Dubuisson said. She also went from being hand-fed to grabbing food on her own. GiGi had undoubtedly come to trust and care for Pojeky, and she made it known just how much in the most surprising way. 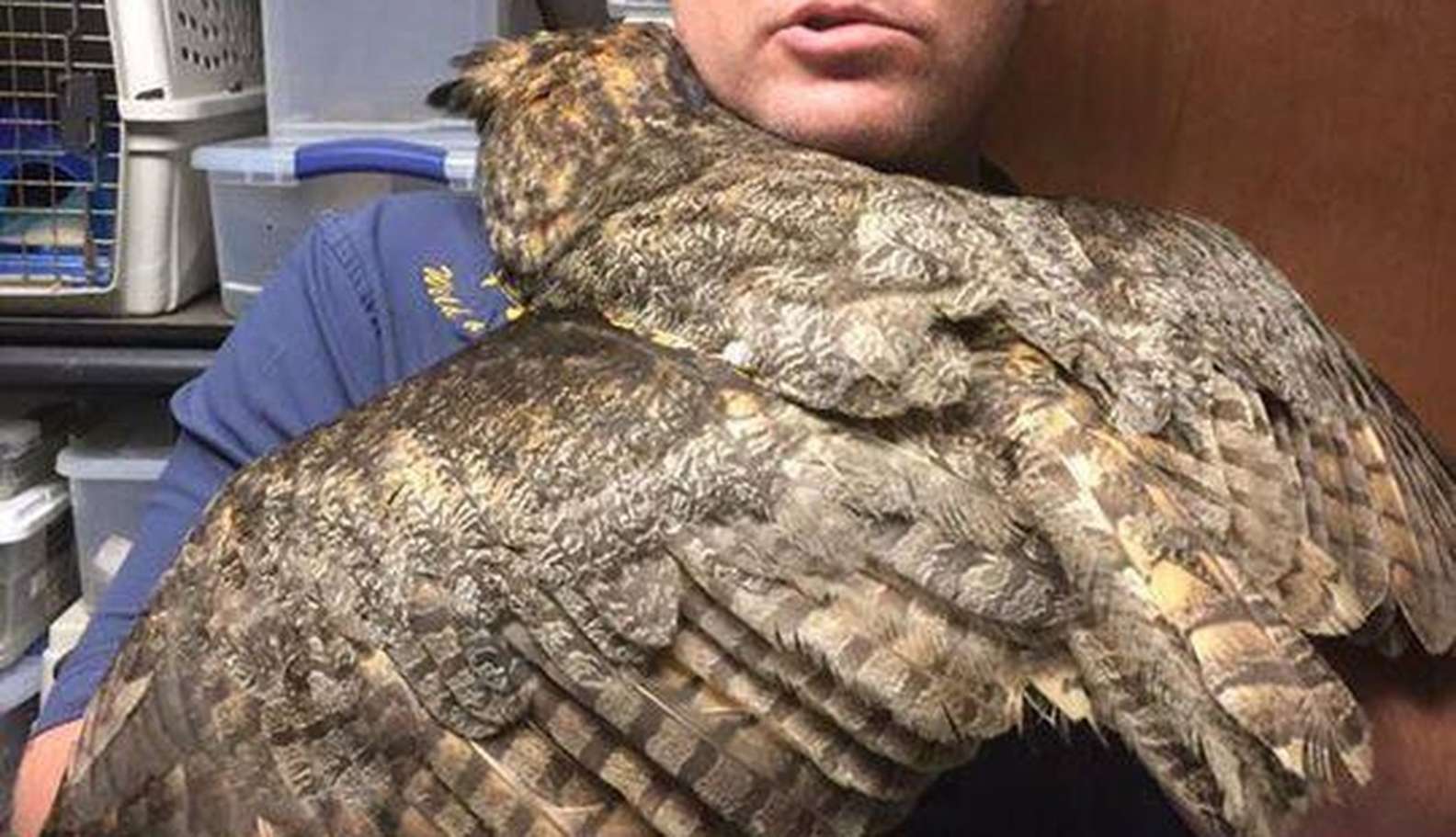 Pojeky had been a trip to Michigan, visiting family, leaving GiGi without his company for awhile. After Pojeky returned, he gave GiGi an examination, and she immediately started bobbing her head and dancing on his arm. Then, she slowly walked up to his chest, rested her head on his shoulder and draped her wings around him in a fully fledged owl hug. 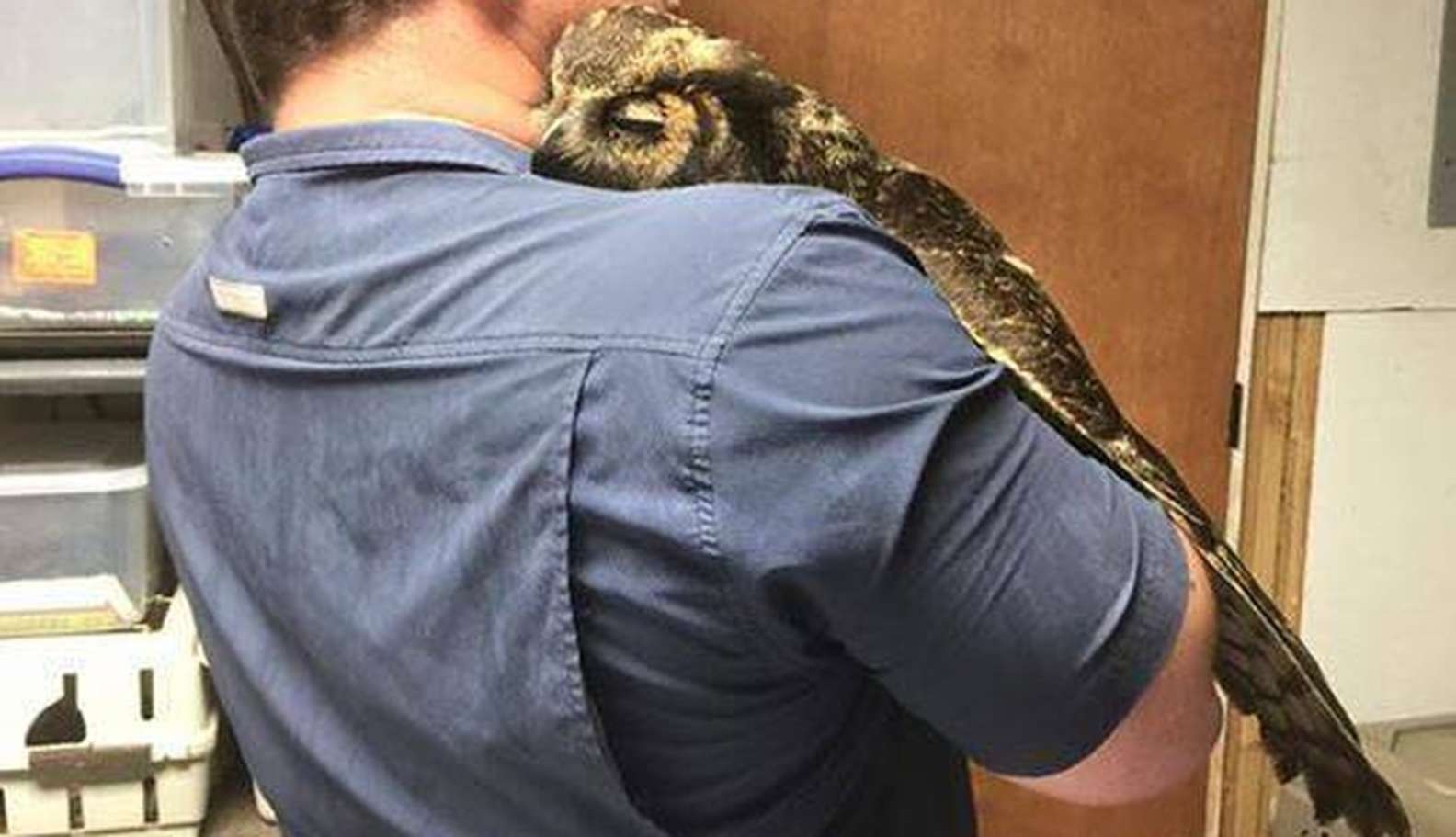 The look of pure content on her face just before she embraced Pojeky showed just how happy she was to be reunited with her favorite human.

Pojeky told The Dodo that being hugged by GiGi held a particularly special importance to him. Growing up, a great horned owl used to perch on the top of Pojeky’s family barn. While Pojeky’s father often saw the owl, Pojeky and the rest of his family rarely did. However, on the morning of his father’s death, the owl was spotted overlooking the farm house, where Pojeky’s father had passed away, before flying off into the woods.

“For some reason when that bird was hugging me, all I could think of was my dad,” Pojeky said. 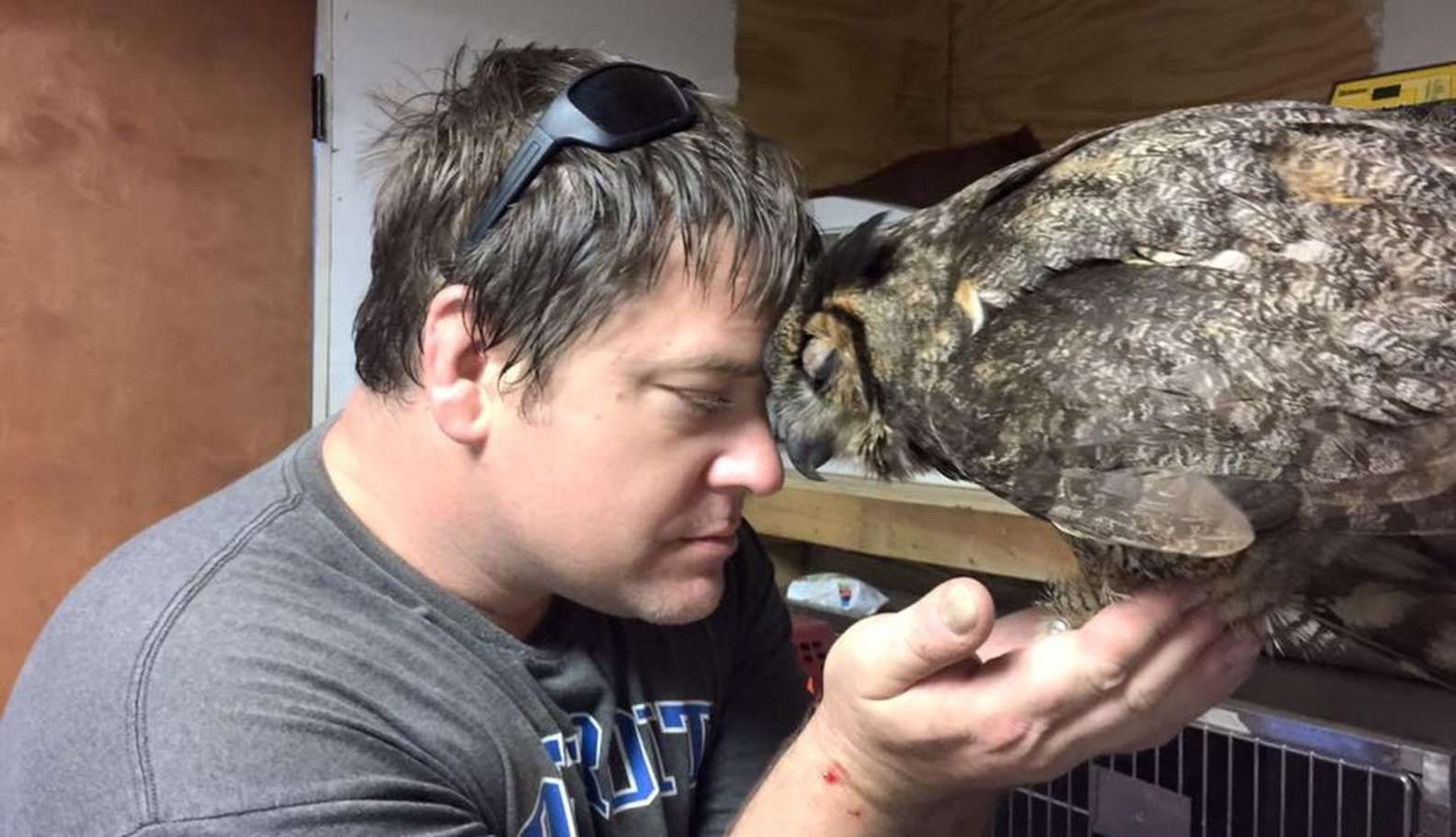 Once GiGi makes a full recovery, she’ll be released back into the wild. But in the meantime, she has Pojeky to lean on.

“It literally brings tears to my eyes to watch him interact with these birds,” Dubuisson said. “They absolutely know him and trust him. It’s the trust that you see in her face.”

Watch this video about a fisherman who rescued a wild bird in need: