It is hard to believe but not impossible that there are animals that can live without drinking water. It is not one of them, an orphaned gerenuk. 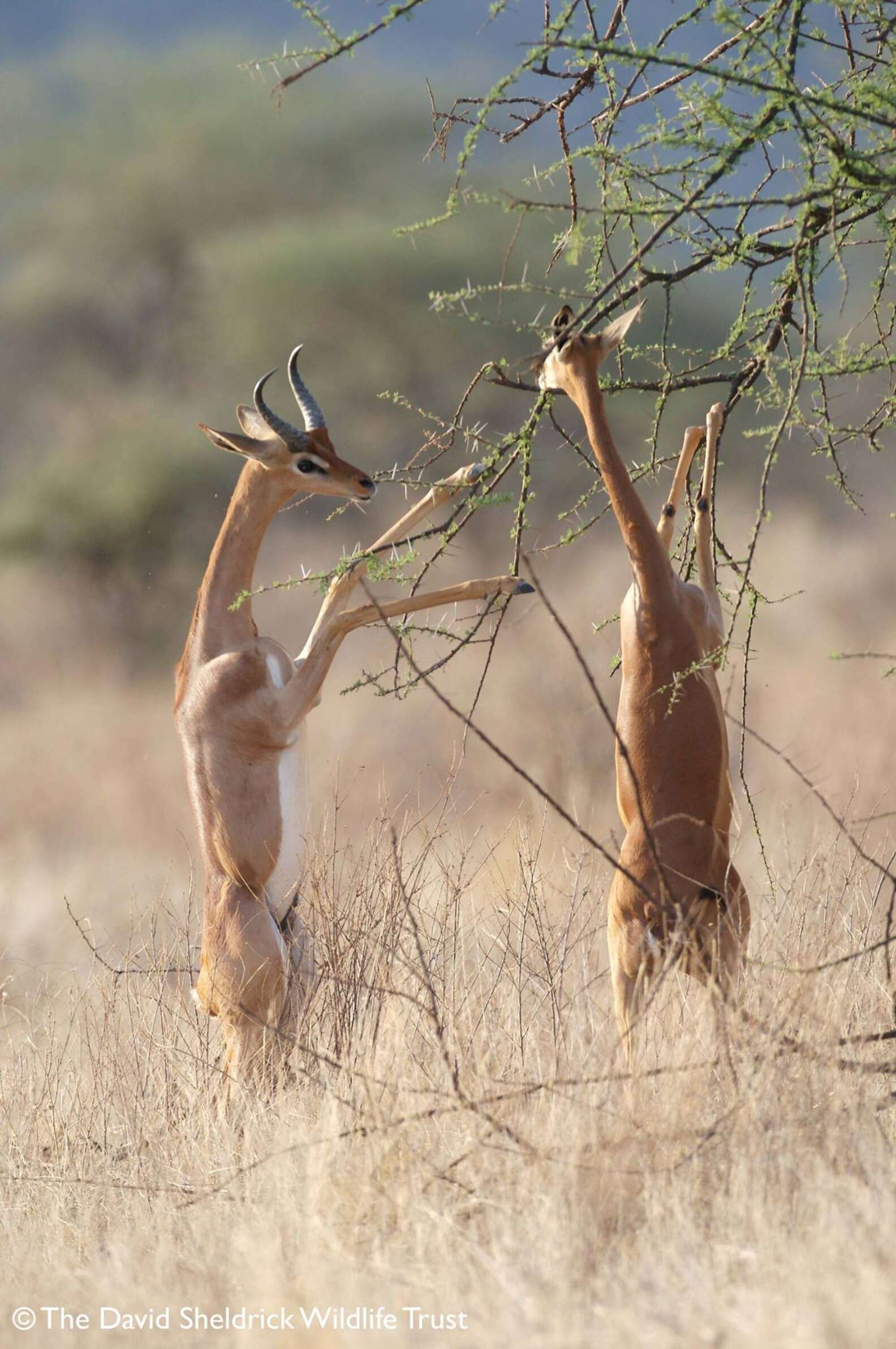 It was not found as a baby in 2013 and was raised by the staff at the Sheldrick Wildlife Trust in Kenya. He had lost her mother and was standing among herds of goats. Their appearance with long, slender necks, tiny heads, large eyes, and ears makes them special from other animals.

By standing on their hind legs and extending their giraffe-like necks, they have their pick of the tall bushes and high branches. This provides them with enough moisture to live without water in any dry place.

Another feature is that gerenuks conserve water with uniquely adapted nasal passages, which prevent evaporative loss.

After spending a year with caretakers he joined the wildlife but never forgot to return.“For a while, he chose to return and visit those who raised him at Kaluku from time to time,” Amie Alden, communications and media manager for the Sheldrick Wildlife Trust,” told.

The gerenuk population is listed as near threatened by the IUCN Redlist due to poaching and habitat loss. However, Nuk is doing his best to make sure his quirky species have a long future in the wild. Nature and animals always surprise us. 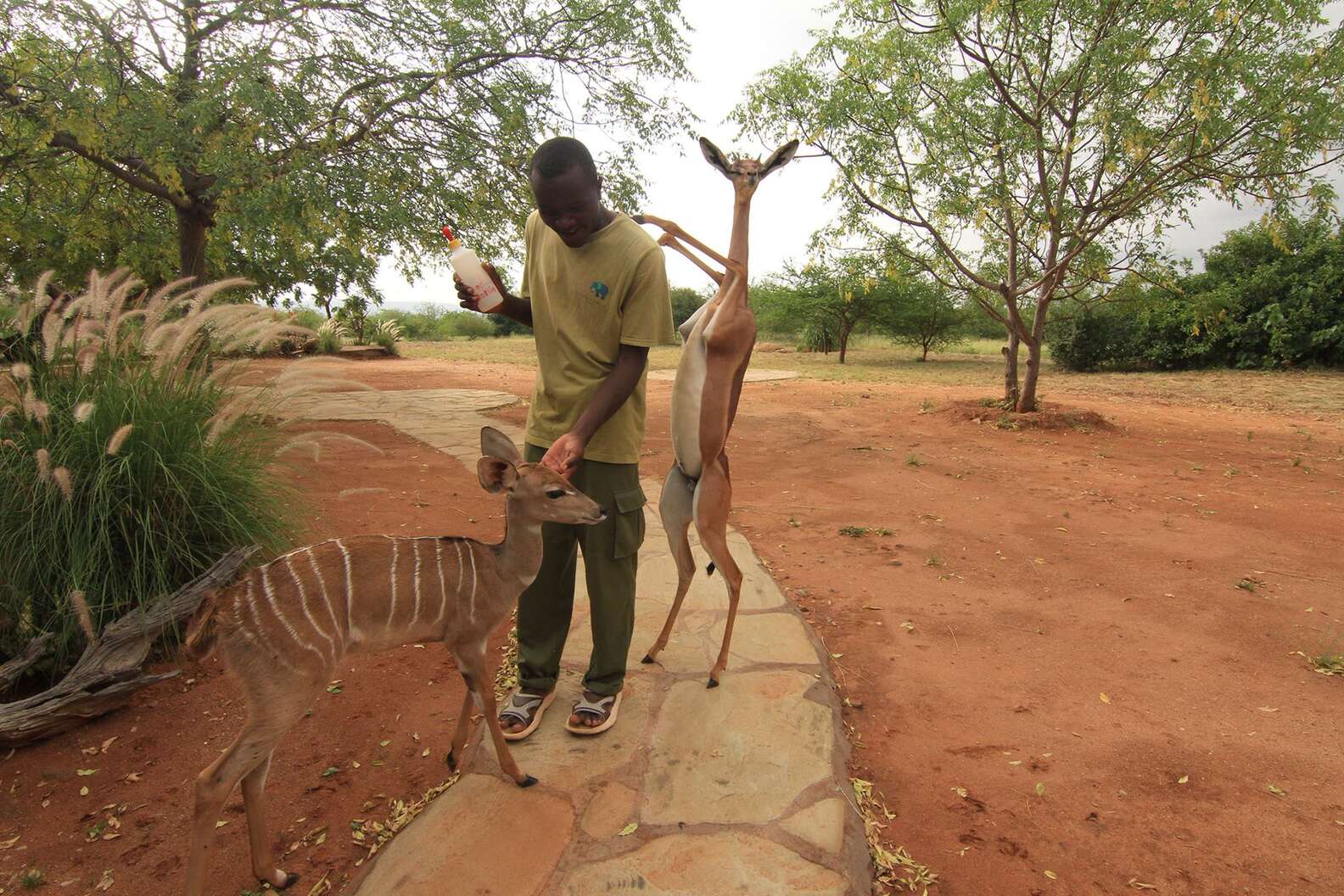