There are two kinds of people in the world who abandon and mistreat animals and those who adopt and give love to them. Sometimes the most generous with animals are ordinary people who have almost nothing in life. 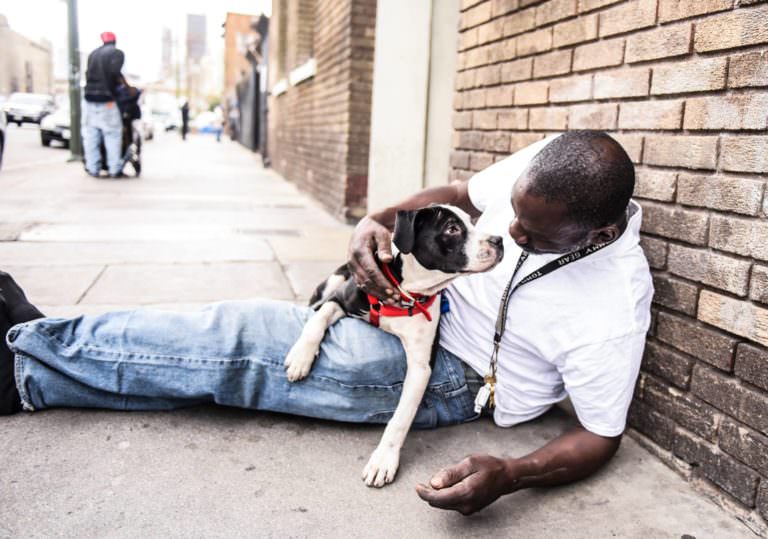 Marcus and his dog Pickles met each other on the streets of Skid Row, Los Angeles. Marcus had a difficult life on the streets but that did not stop him from adopting Pickles. They both had a tough past, they shared difficulties and they learned to lean on one another.

The homeless man’s dark days were partly changed when he got approved for government-subsidized housing in Skid Row. It was a small room with a bathroom but for them, it was better than life on the street.

One day a friend of his pays a visit to them. What you would see in their room is touching. On the floor was the dog bed, a dog bowl for food and water, and a bunch of blankets strewn out.

Marcus was still sleeping on the ground, the only important thing was that his dog was happy. Finally, he had a friend who could share everything and did not want to lose him. He would do everything for Pickles. 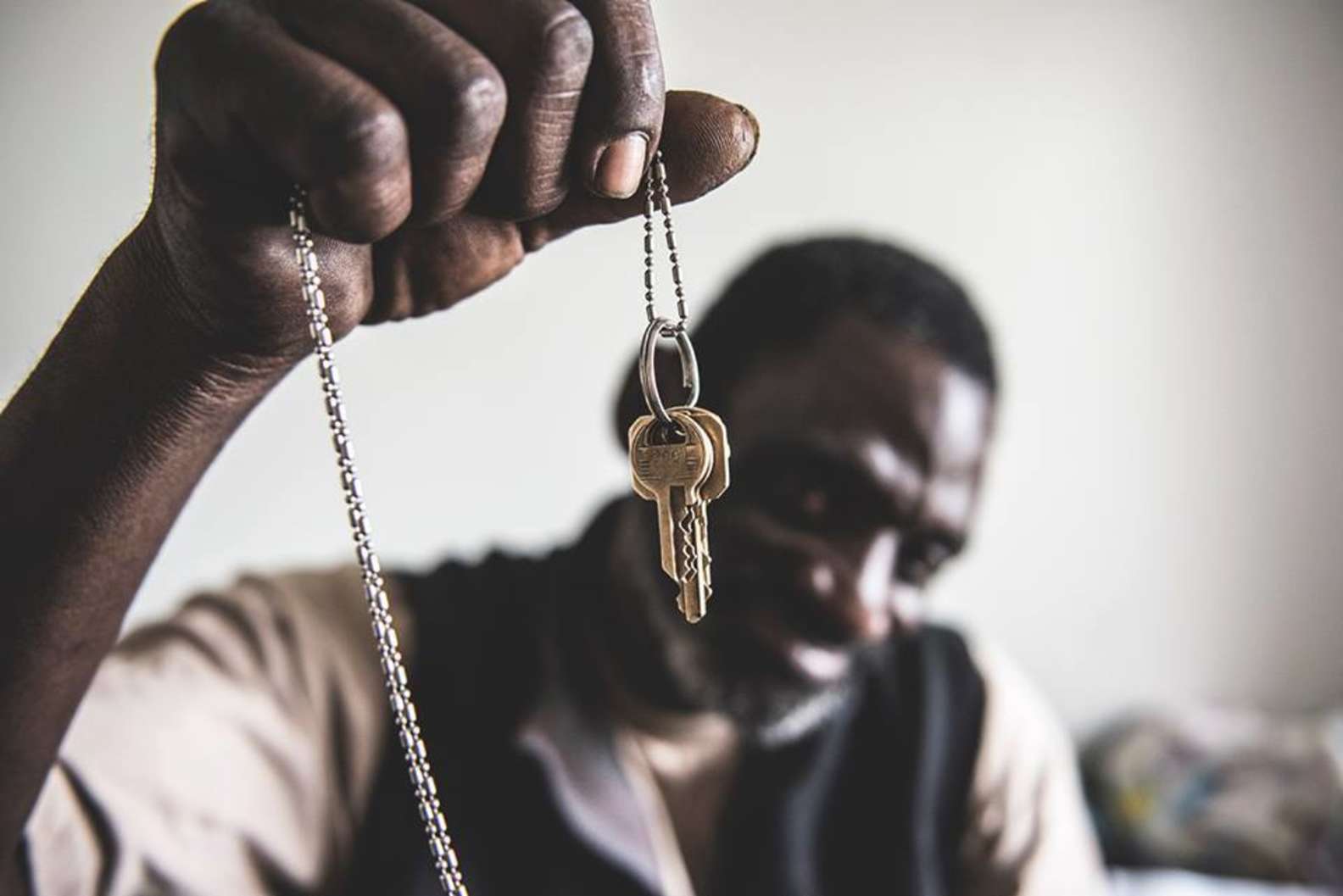 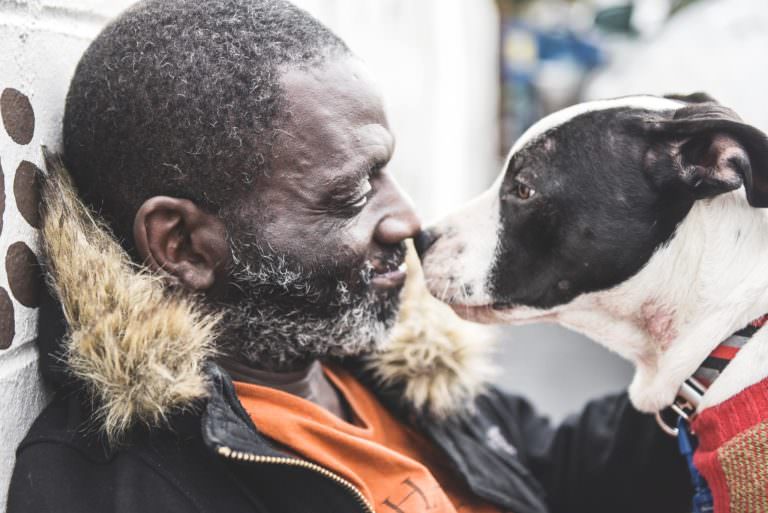