As well as being an invaluable source of comfort and companionship, dogs can perform extremely important roles in society.

From assisting at crime scenes to helping those with sight difficulties get out and about, dogs have the intelligence and the willingness to lend a paw. 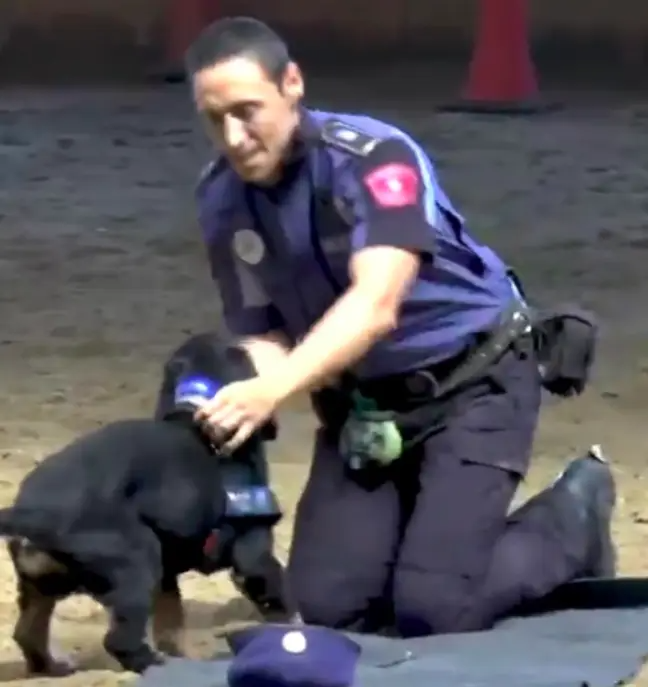 Poncho is a valued member of the Policía de Madrid and has shown just how dedicated he is in an amazing lifesaving display.

In a video which has been viewed an incredible two million times and counting, heroic Poncho can be seen performing lifesaving CPR on his human crime-fighting partner.

The footage shows the agent collapsing, leading Poncho to leap into action. He immediately begins to help his buddy using CPR, and after several committed attempts the officer is ‘revived.’

Those watching the performance can be heard erupting with amazed applause. The performance was just a simulation, but this was still a heartwarming – and extremely impressive – example of what dogs are capable of. 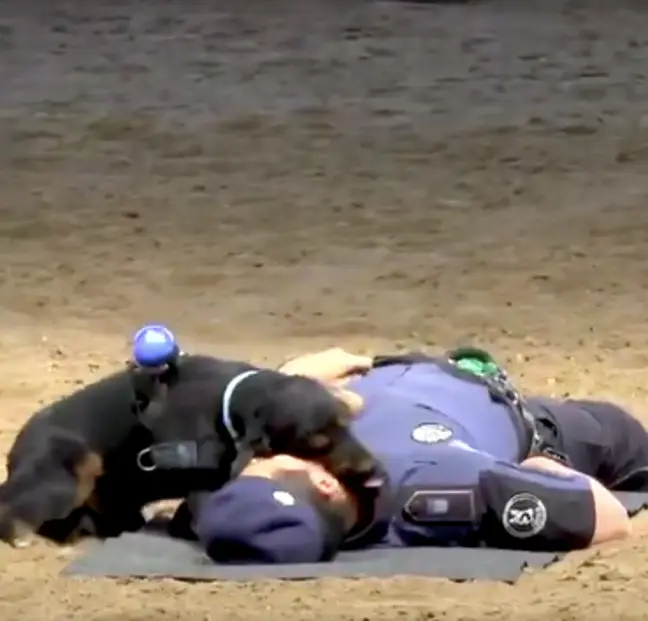 ‘Heroic’ performance of our #Compañerosde4Patas Poncho, who did not hesitate for an instant to “Save the Life” of the agent, practicing #RCP in a magisterial way.

The officers concluded the tweet with a sweet – and very true – quote from 19th century American humorist, Josh Billings:

The dog is the only being in the world that will love you more than you love yourself.

Love this very special fur officer !
Amazing that they are capable of learning and using those skills to protect and serve!!

Oh my goodness! Love the way the dog jumped up and down a couple of times, then lays his head at the mouth of the policeman and then starts back up again.