A homeless dog was saved from the streets and its life transformed after it becomes an official police dog.

Wildflower, a pit bull who was living on the streets as a lonely stray not so long ago, was rescued in late 2016 by Katherine Keaton. Keaton recognised potential in Wildflower, and started looking for places that adopted dogs with the potential to become working dogs.

Wildflower was taken in by Carol Skaziak, who founded Throw Away Dogs Project, an organisation that trains rescue dogs for service in law enforcement.

The dog was reportedly a skilled detector, and found a new sense of purpose as a narcotics detection dog after undergoing six months of training, which included playing tug-of-war with a towel, which is made to smell like different drugs. The towel is then hidden, and if the dog can find it, they are rewarded with a game. 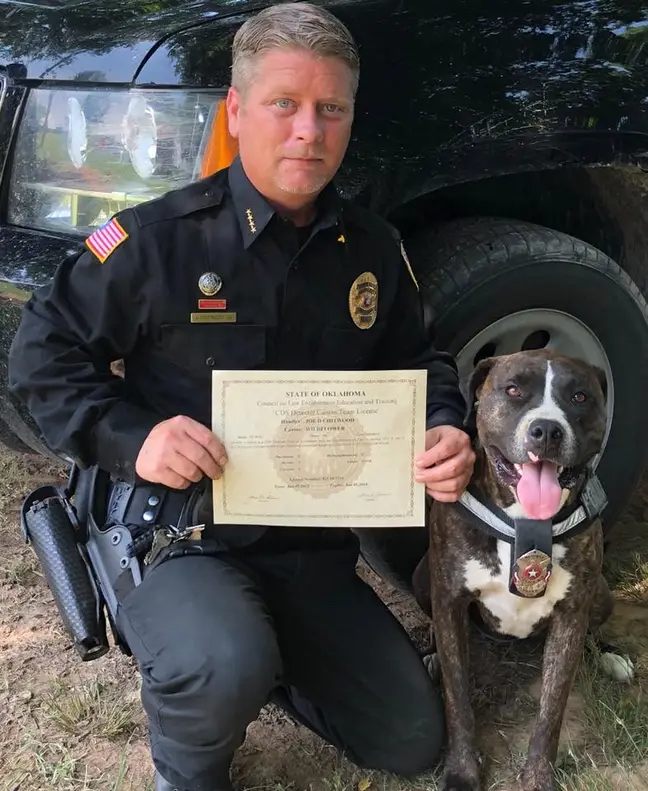 Wildflower’s sharp nose and sniffing skills soon landed her a job in the field, as the Throw Away Dogs Project posted the news of their first rescue pit bull K9 Police Dog placement to Facebook.

The four-year-old dog joined the Wetumka Police Department in Oklahoma, and as well as being a first for the Throw Away Dogs Project, she was also the first rescued pit bull to become a K9 officer in the state’s history.

Pit bulls are often sadly the target of unfair stereotypes, meaning many abandoned pit bulls in animal shelters often struggle to find real families and end up as some of the last in shelters to find adopters.

Wildflower is a perfect example of the amazing things these dogs can do when given the chance, and her new colleagues are over the moon to have her on board.

A lot of folks just don’t take to pit bulls well, or, they have preconceived notions about the breed. [Officer Wildflower] is ours now. She’s here to serve our community and be an ambassador to the pit bulls here in this state.

While the pit bull might be a little smaller than some of her other K-9 friends, Chief Chitwood said she doesn’t let that get in the way of her work.

She has an amazing drive. I mean she’s tons of energy. And that’s what we look for. 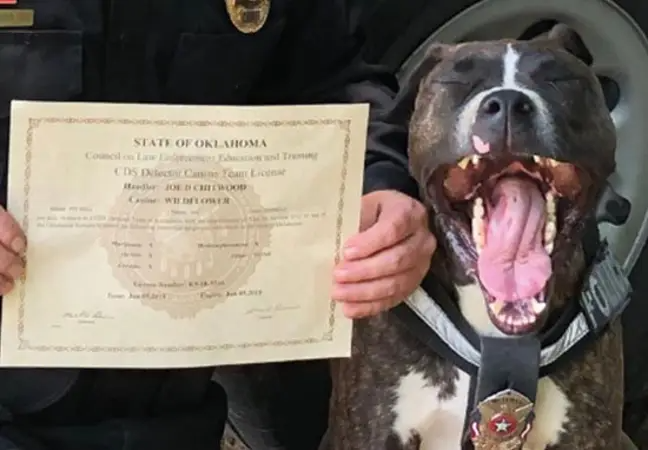 Wildflower’s training is certainly being put to use, and earlier this week the very good girl made her first drug bust, helping to get dangerous material off the streets.