Sadly, this little puppy’s owner had no choice but to leave him behind.

The 3-month-old Chihuahua, named Chewy, was found injured and alone inside a Las Vegas airport restroom over the weekend. Though pet abandonment is typically an act of cruelty, it soon became clear that, in this case, it was actually an act of grace. 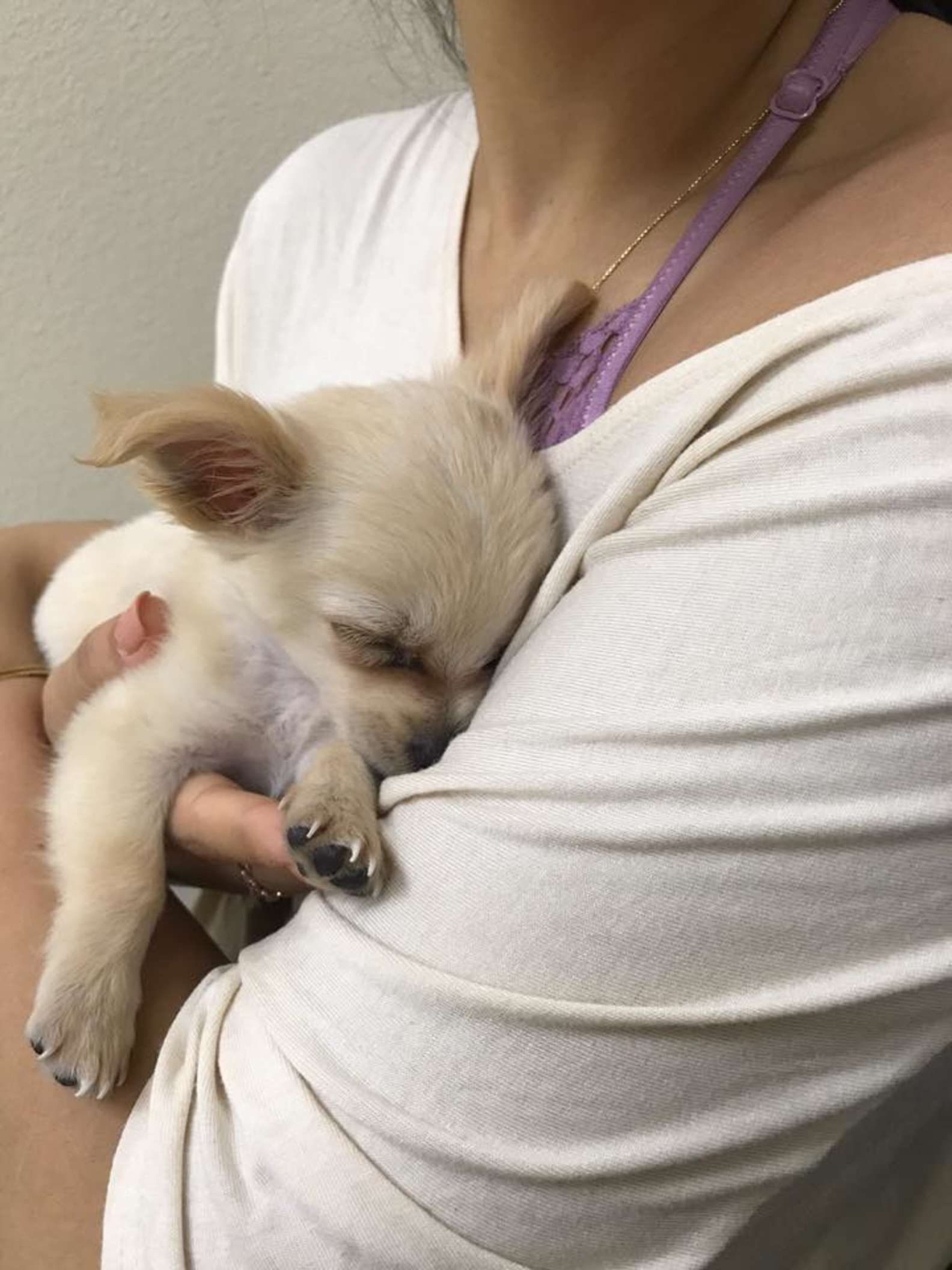 Found along with Chewy was a handwritten note from his owner describing how they had fled mistreatment together — a desperate escape which, heartbreakingly, ended up forcing them apart:

“Hi! I’m Chewy! My owner was in an abusive relationship and couldn’t afford me to get on the flight. She didn’t want to leave me with all her heart but she has NO other option. My ex-boyfriend kicked my dog when we were fighting and he has a big knot on his head. He probably needs a vet. I love Chewy sooo much — please love and take care of him.”

“My heart dropped to my knees,” Gilliam told The Dodo. “I didn’t hesitate to accept him and instructed my foster to immediately get him to an ER.”

And with that, Chewy was on the road to recovery — and a better life. 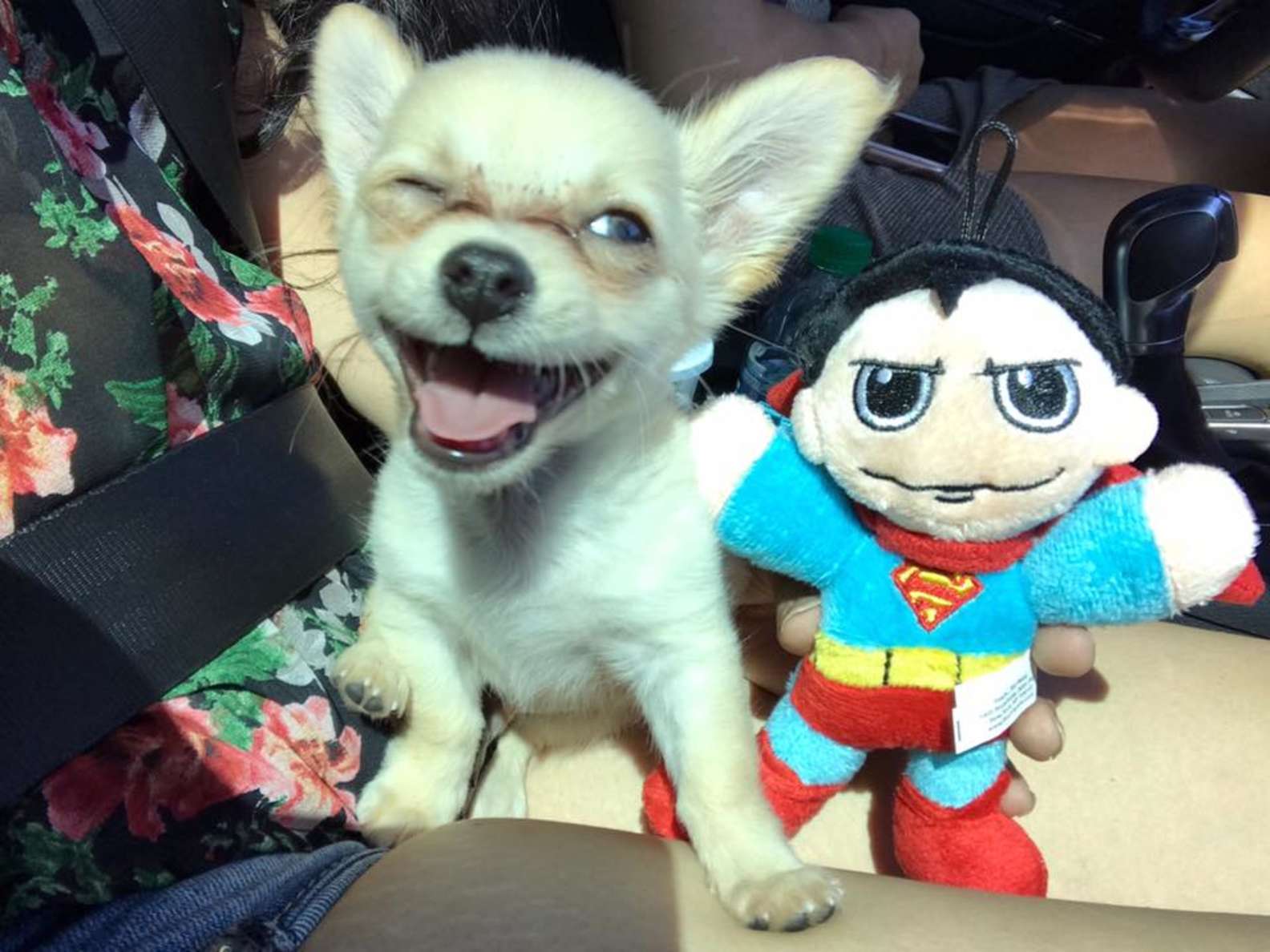 The whereabouts of the woman who had been forced to leave Chewy behind aren’t known, but Gilliam hopes that by sharing their story, it will help other people with pets in abusive situations. If escaping with a pet isn’t possible, local animal rescue groups can provide care for them in the meantime so both can make it through. Shelters will often assist in finding a way to keep pets and their owners together in these cases, too.

“This is a very overlooked issue as a whole,” Gilliam said. “We also wanted to try and get the message to Chewy’s mom that she did a brave thing and that he is safe and will have a great life.” 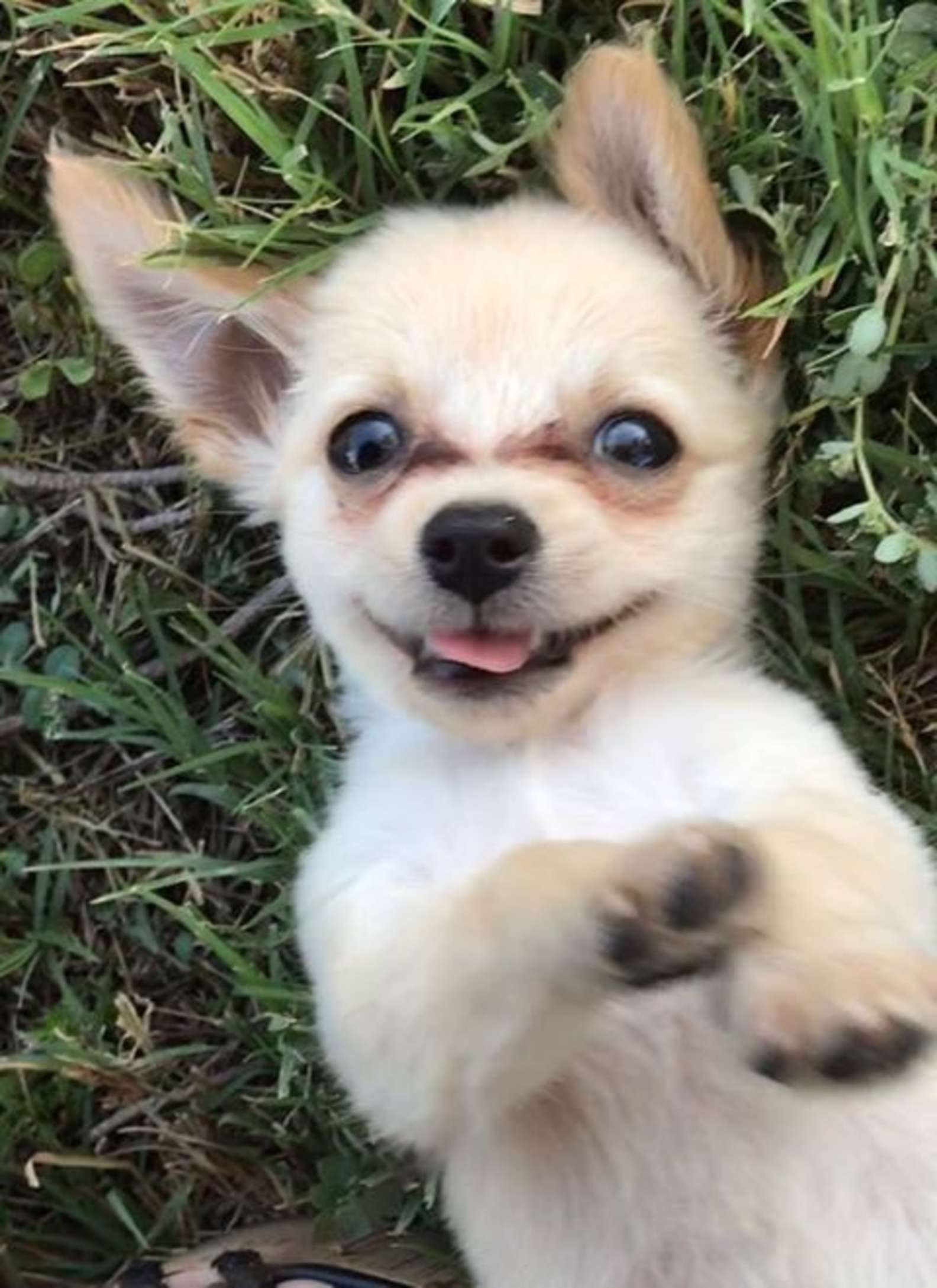