Pets get dumped at the shelter for all kinds of reasons — because they’re too old, or because they have behavior issues, or even because their family is moving.

In the case of a young pit bull named Layla, she was left at the shelter because her family thought she was one pet too many, according to Jackie O’Sullivan, cofounder of Rescue Dogs Rock NYC, an organization that rescues homeless, abused and neglected dogs.

“We read her owner surrender notes, which stated she lived with five kids and two other dogs, and that she was surrendered due to too many pets,” O’Sullivan told The Dodo. “It’s very sad.”

Layla was particularly close with the 2-year-old and 7-year-old in her family, according to a Facebook post about her. So when her family abandoned her, Layla didn’t know how to act. 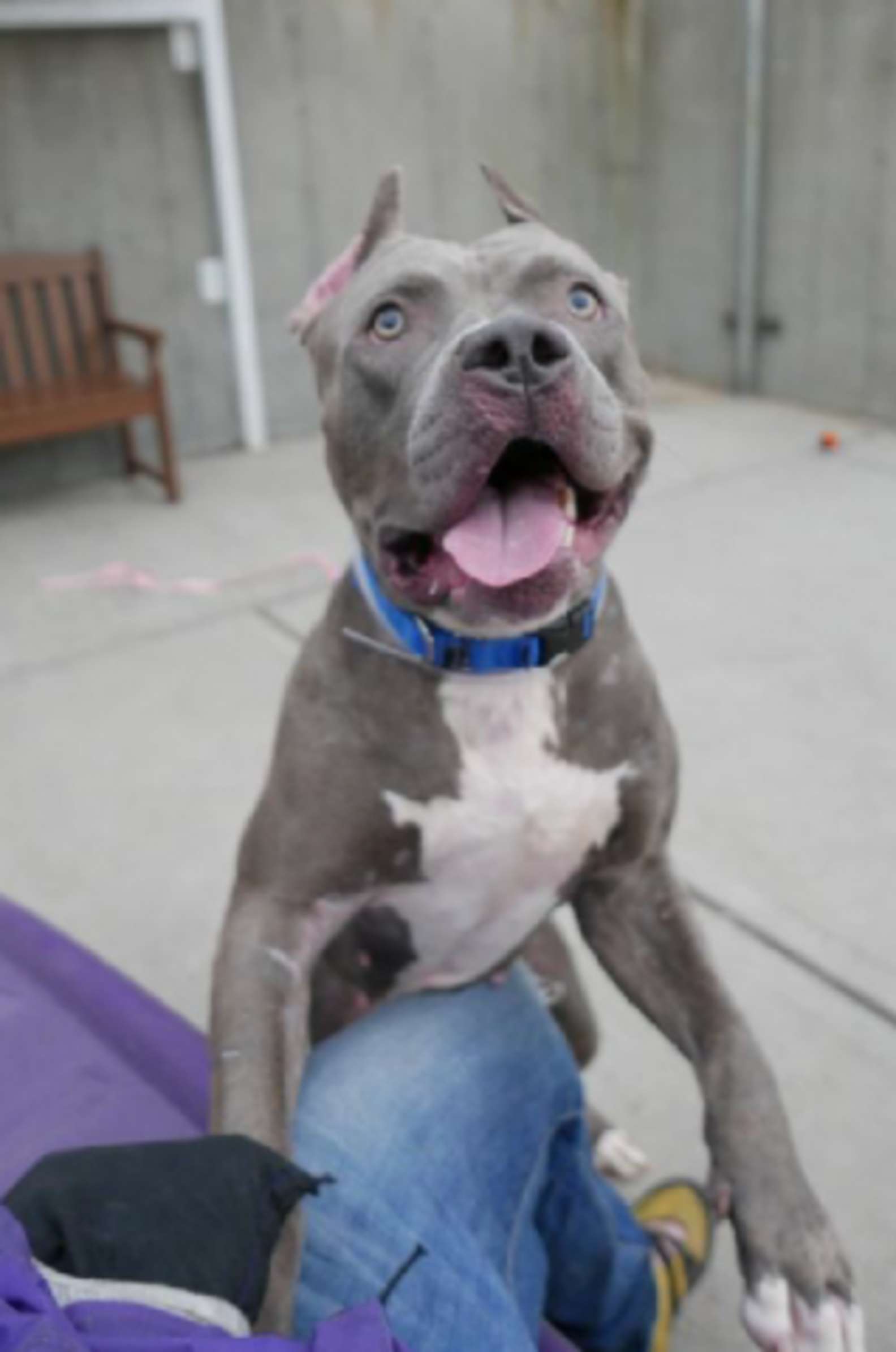 The only thing that seemed to bring Layla comfort was a stuffed toy. 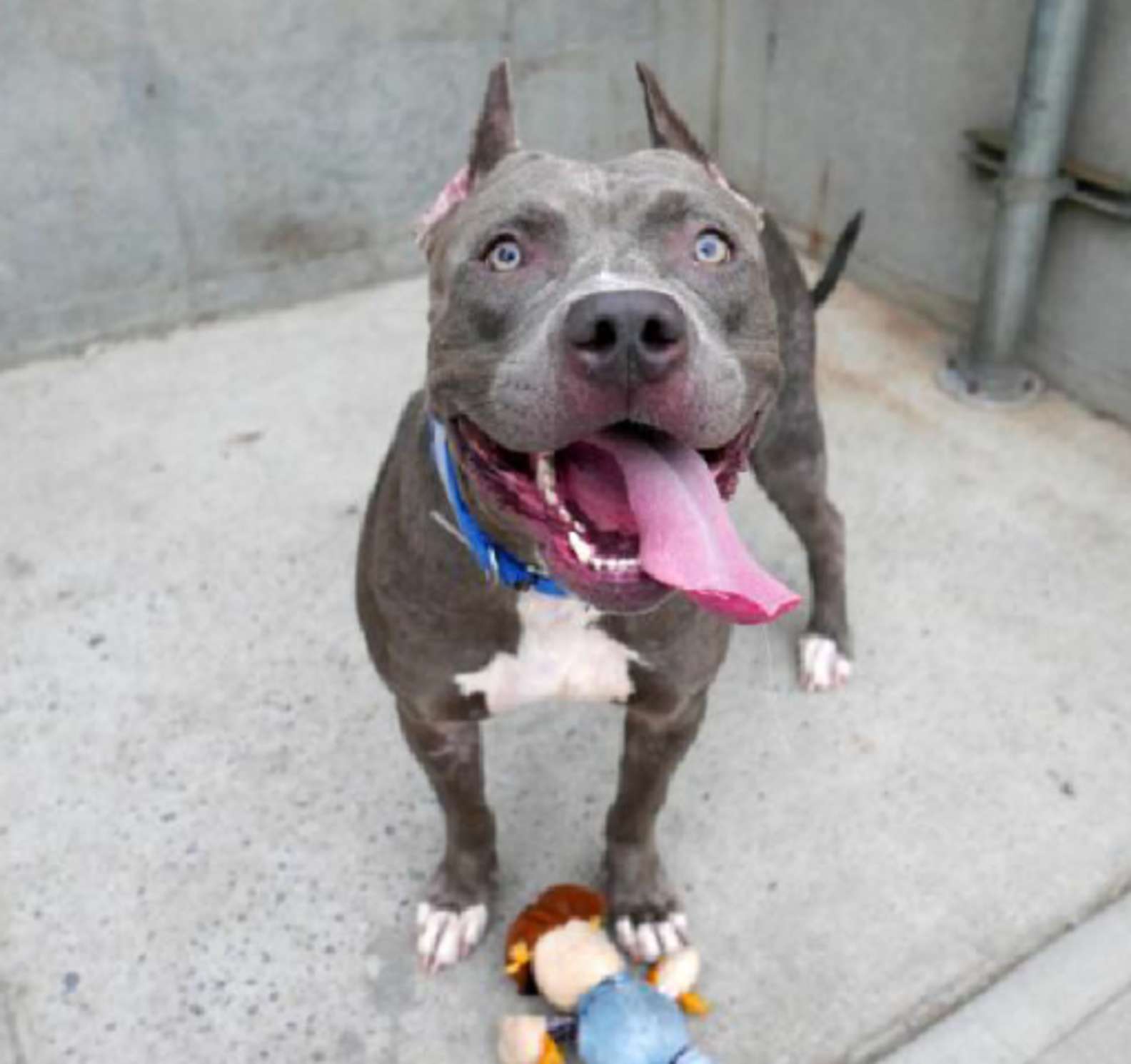 “She carries that stuffy down the street and through the yard — never letting go,” Julie Carner, a dog rescuer, wrote on Facebook. “Today, that stuffy is all she has left.”

“She was self soothing with her little stuffed animal,” O’Sullivan said. 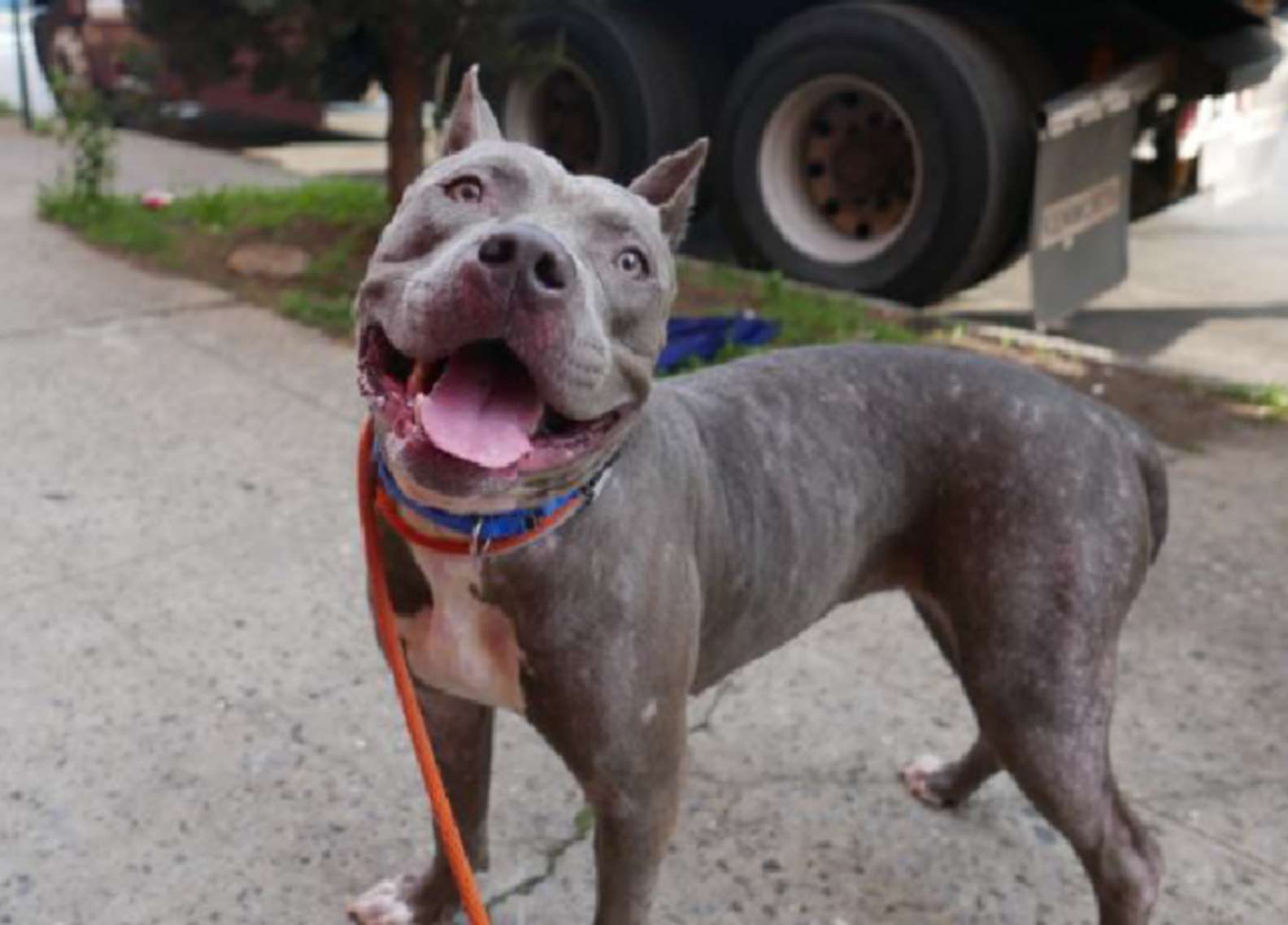 But a stuffed toy could only help Layla so much. Layla was actually in a high kill shelter, and if she wasn’t adopted quickly, she was going to be euthanized.

“She was already on the list a couple of times, so the shelter wasn’t going to give her any more time,” O’Sullivan said.

Thankfully, volunteers from Rescue Dogs Rock NYC managed to pull Layla from the shelter last week, and she’s now in a foster home.

“She decompressed very quickly,” O’Sullivan said. “She’s out in the yard playing. She’s doing really well, and she’s obviously a great dog, and we expect her to be adopted really soon.” 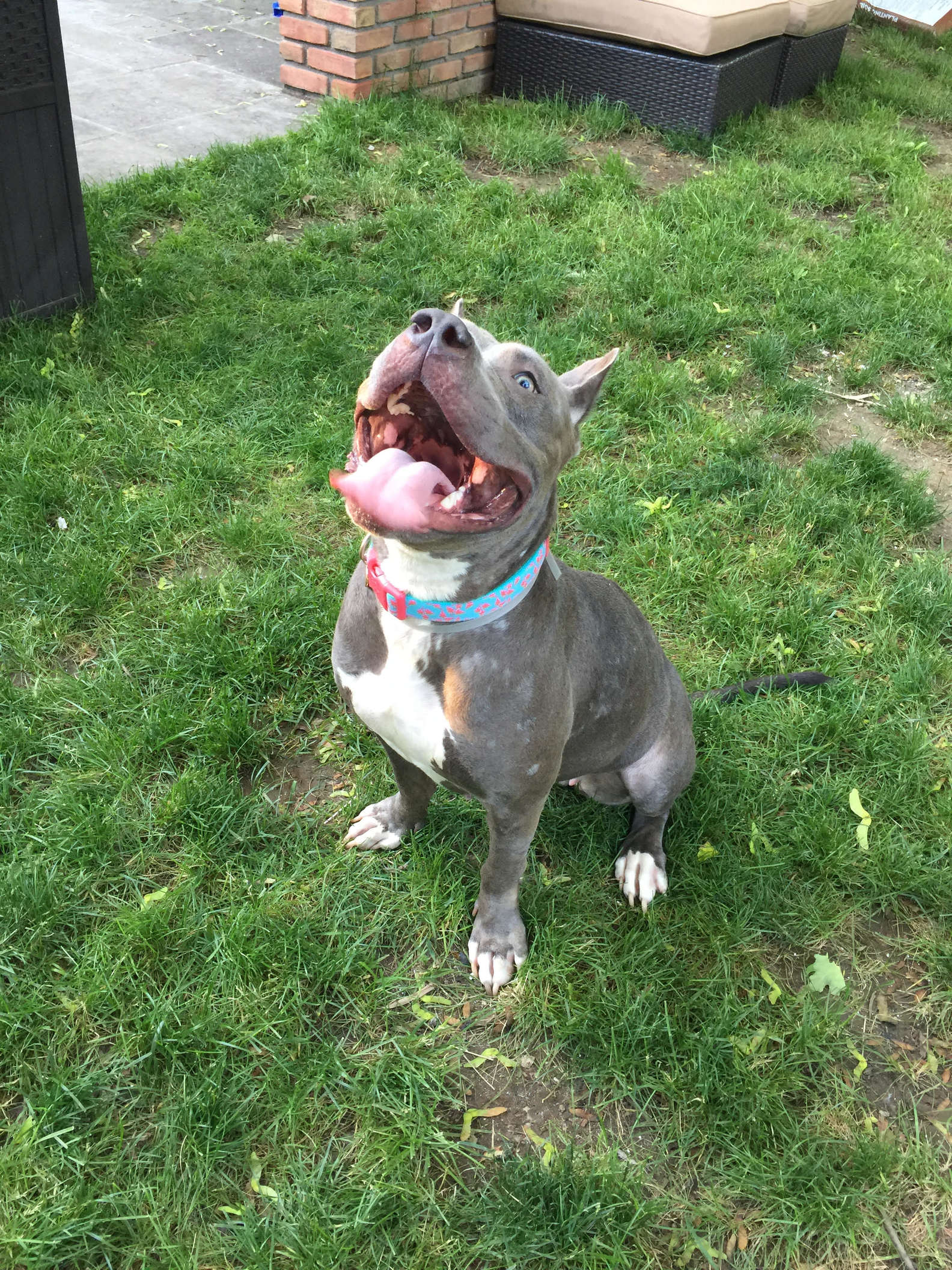 Layla playing with a ball in her foster home | RESCUE DOGS ROCK NYC
“So many great dogs get dumped at shelters everyday,” O’Sullivan added. “It’s really heartbreaking. But we’re happy she got a chance, because from everything we’ve seen, she’s a great dog.”