From the moment Aeida joined her family in Australia, she and the dog next door, Cashew, have been best friends. They play together every day and are so obsessed with each other that, eventually, their families had to come up with a way to make it easier for them to see each other. 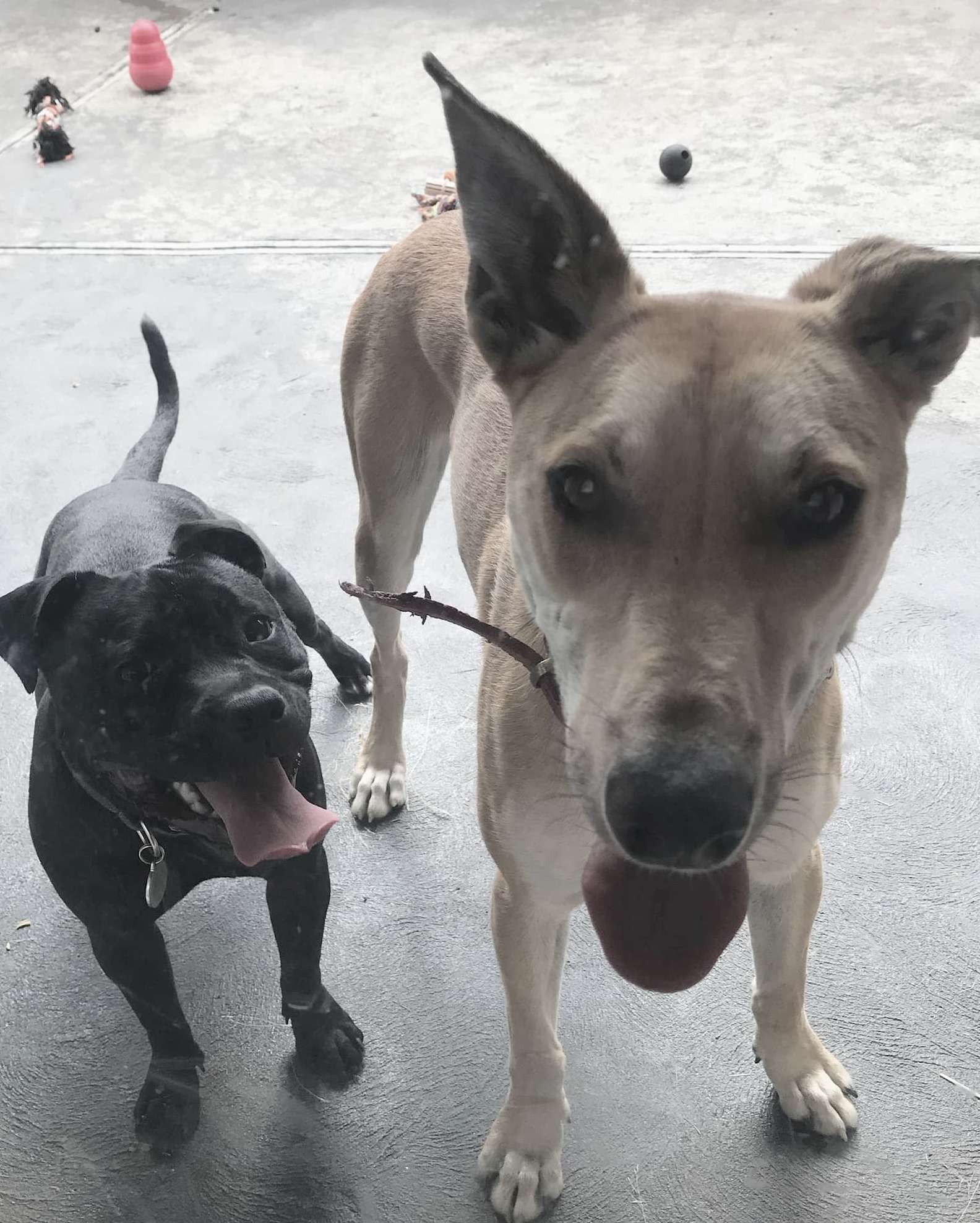 Together, the families decided to build a doggy door between their two houses, so now, Aeida and Cashew can hang out whenever they want. The pair spends a lot of time going back and forth between their houses, and Aeida loves getting to spend time with the neighbors’ little kids.

“Aeida is very friendly and loving. She really just loves everyone and anything — especially our neighbors’ children,” Nicole Ackehurst, Aeida’s mom, told The Dodo. 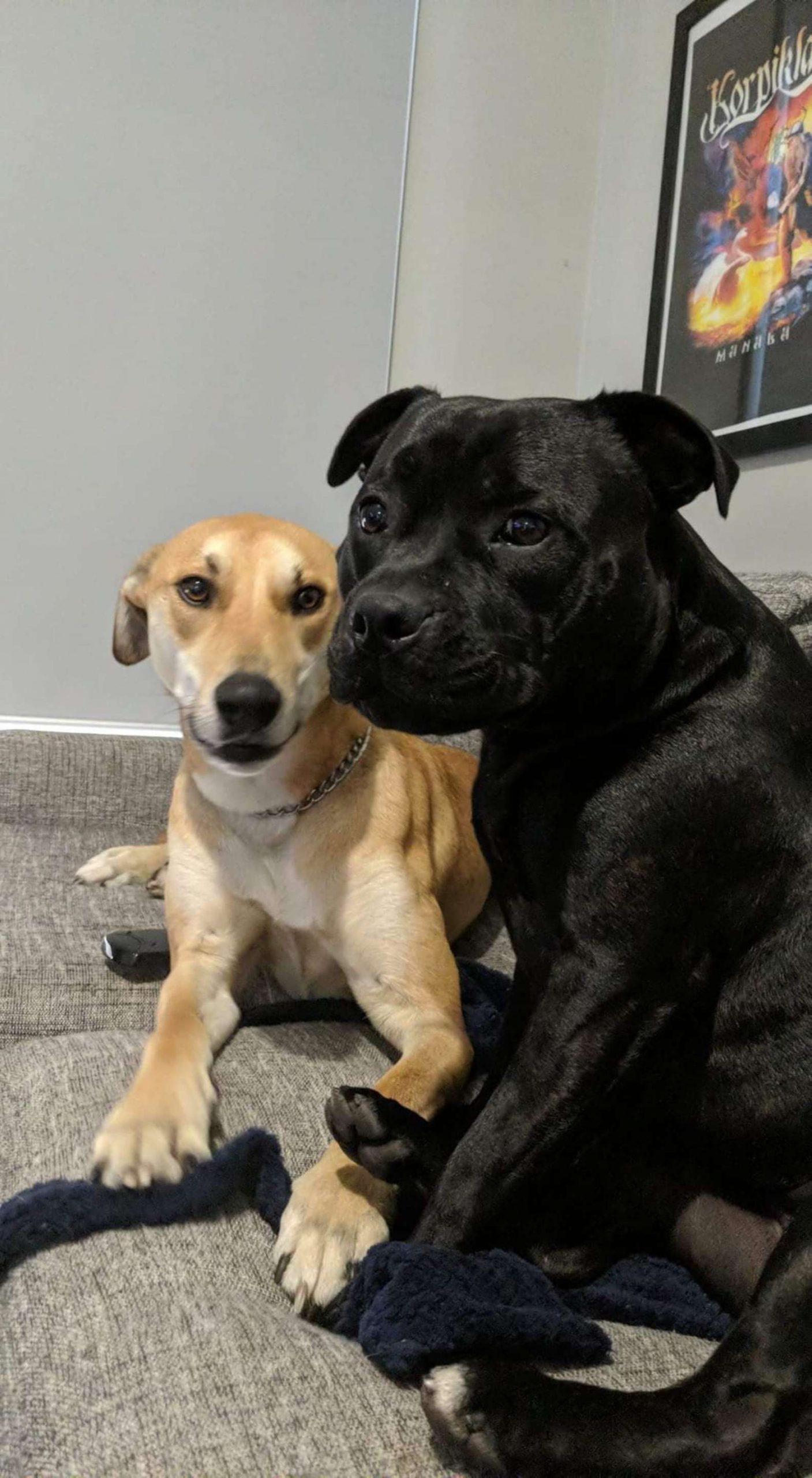 A few weeks ago, Aeida’s parents noticed she had disappeared sometime in the evening, and figured she was off playing with Cashew — until their neighbors let them know that, actually, Aeida had decided to join in on their kids’ bath time.

“Our neighbors sent us a Facebook message with Aeida sitting in their bathtub,” Ackehurst said. “We believe that was the first time she had done it.”

Aeida’s parents found this absolutely hysterical, because the stubborn dog usually hates taking baths — but for some reason, she was totally willing to do it as long as her favorite kids were involved.

Now, most nights before the kids’ bedtime, Aeida heads next door to participate in bath time. It’s become her new favorite thing to do, and the neighbors love having her there, of course.

“She will join them at bath time at every chance she gets,” Ackehurst said. 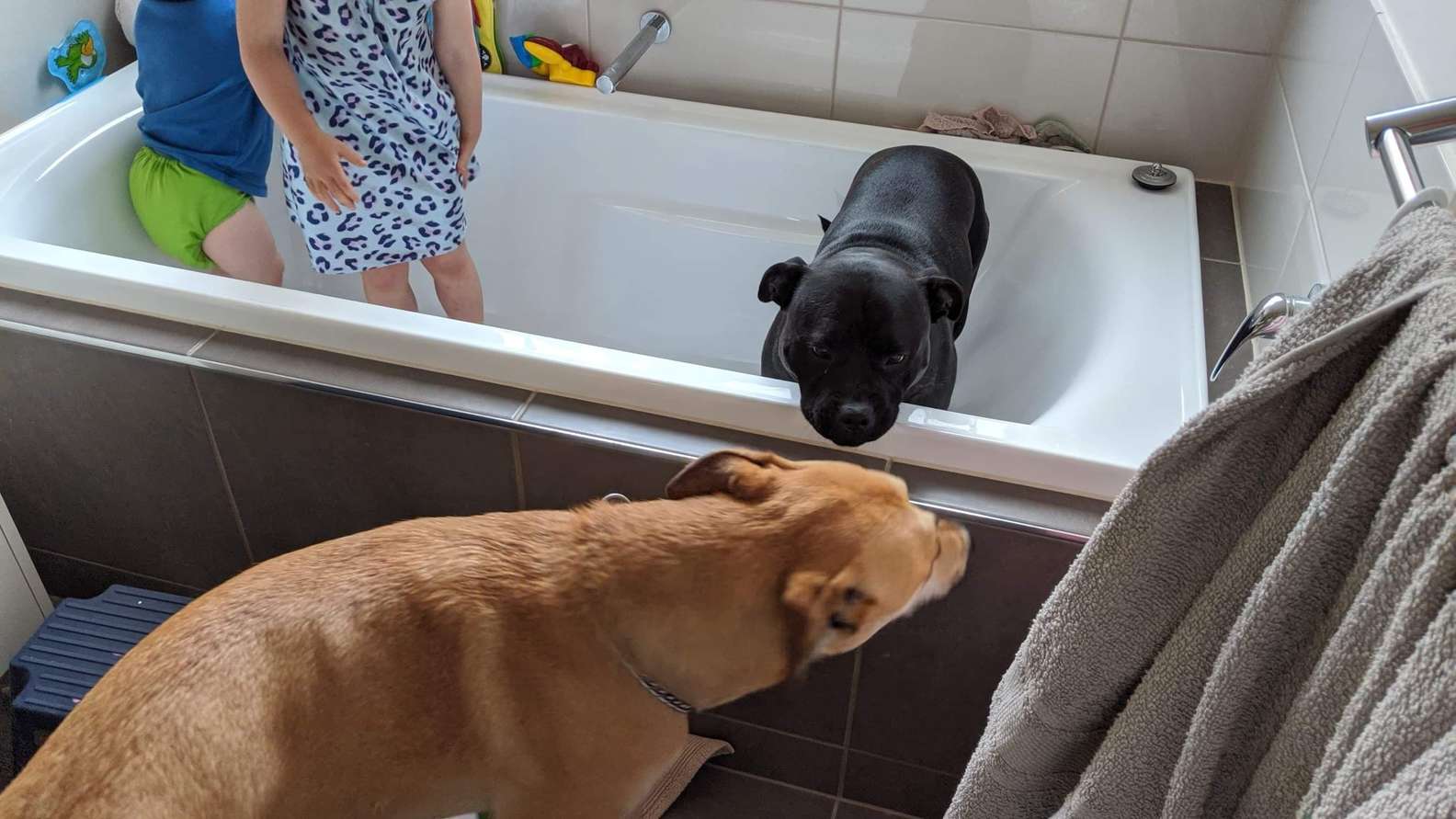 At this point, Aeida and Cashew are pretty much equal parts of both families, so to Aeida, it only makes sense that she should get to participate in all the neighbors’ fun family activities — even bath time.

“I’m pretty sure our neighbors love having her over, just as we love having Cashew come over too,” Ackehurst said. “Aeida and Cashew are great friends, and have such a strong bond. They’re both considered great parts of our families.”