This bighearted dog named Potate, or Tate for short, clearly loves her owners — Hailee Graham and her husband — for good reason. Before being adopted by the couple, Tate had been living on the streets as a stray puppy. Now she has it made.

Around the same time that Graham and her husband first brought Tate home, their next-door neighbor also got a dog who was about the same age. That dog’s name is Vernon. 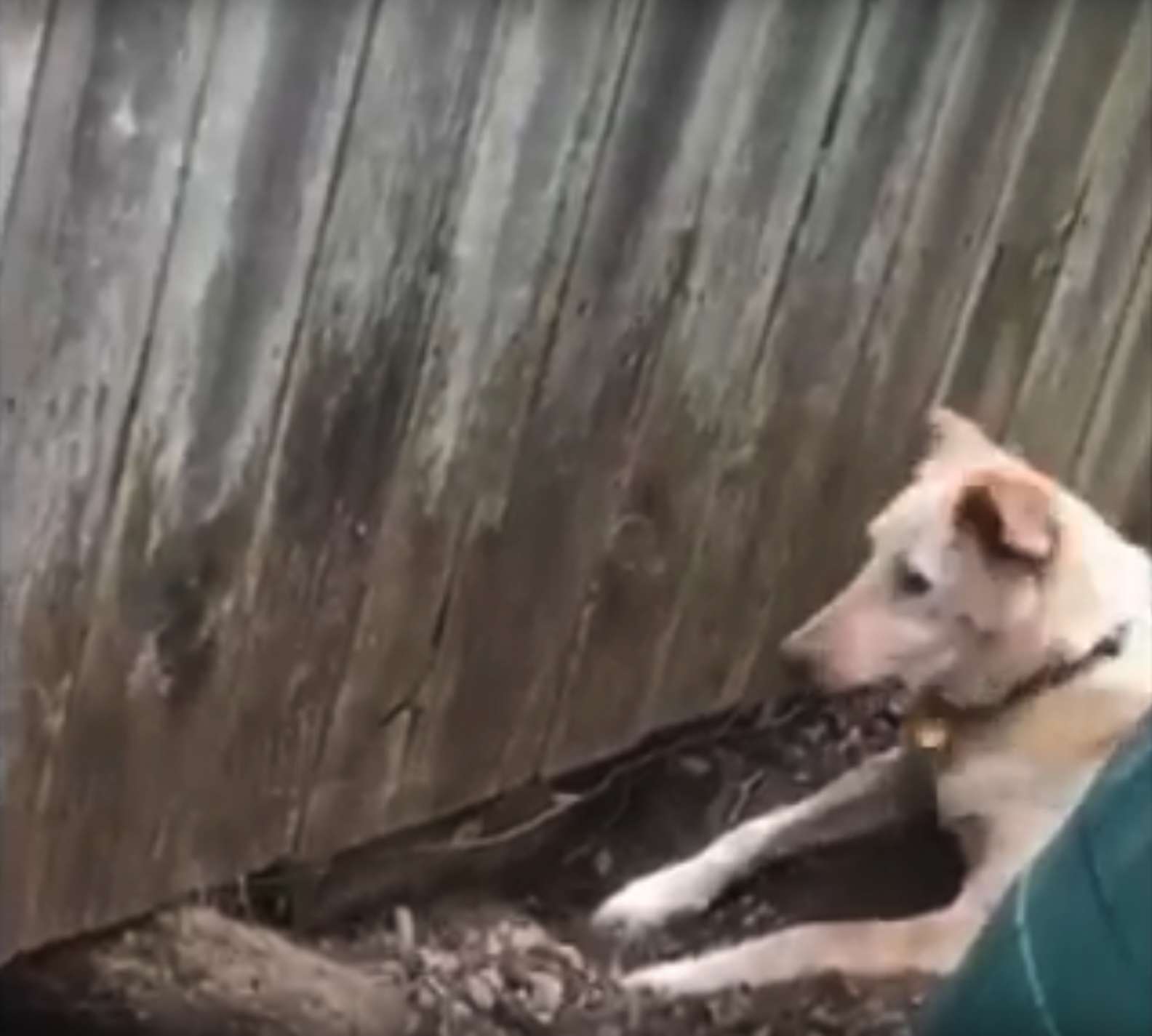 Despite the tall fence dividing their yards, it didn’t take long for Tate and Vernon to become aware of each other’s presence, just out of reach — and sure enough, something clicked.

After that, the two friendly dogs began working in earnest to get closer to one another any way they could. 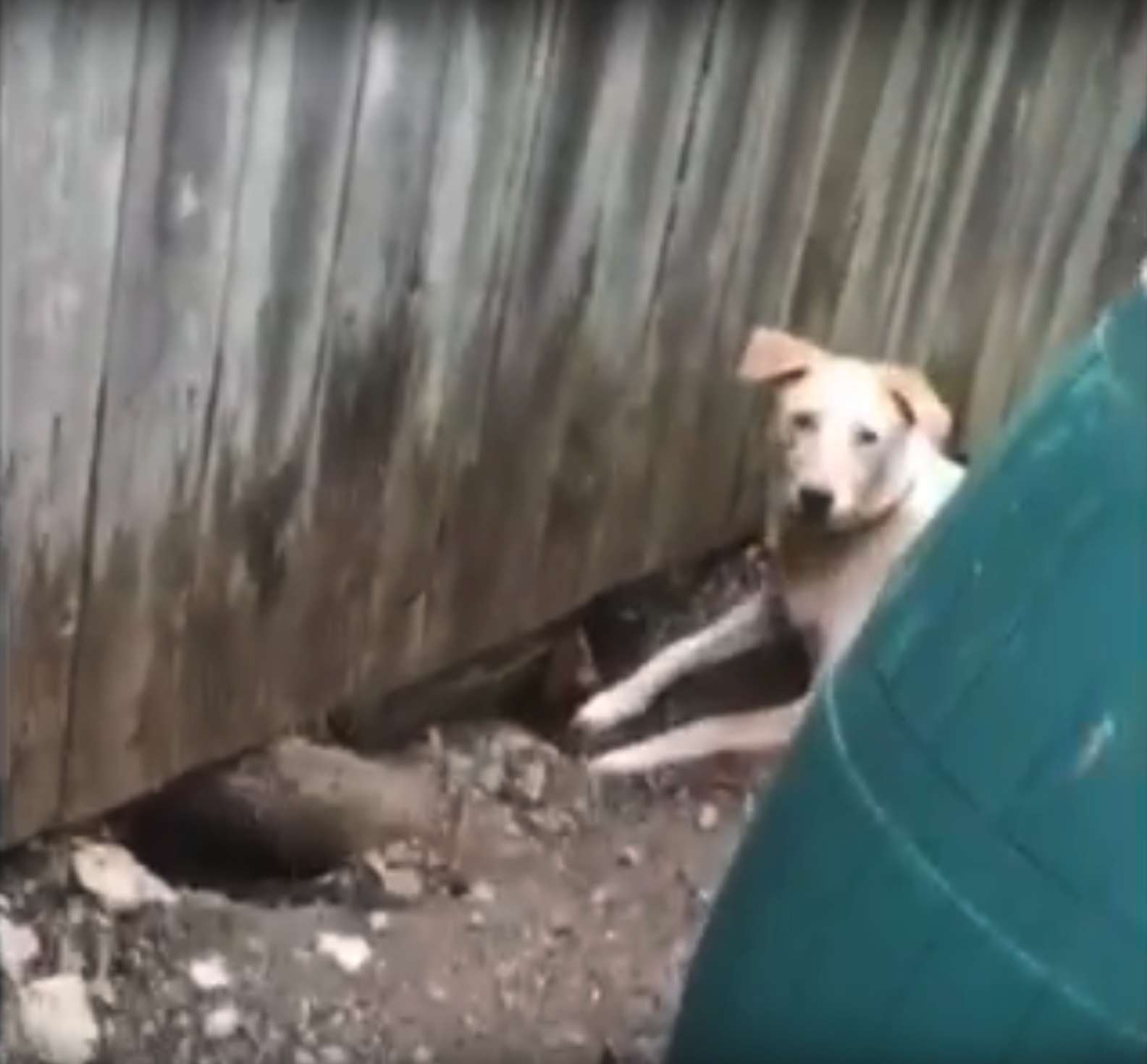 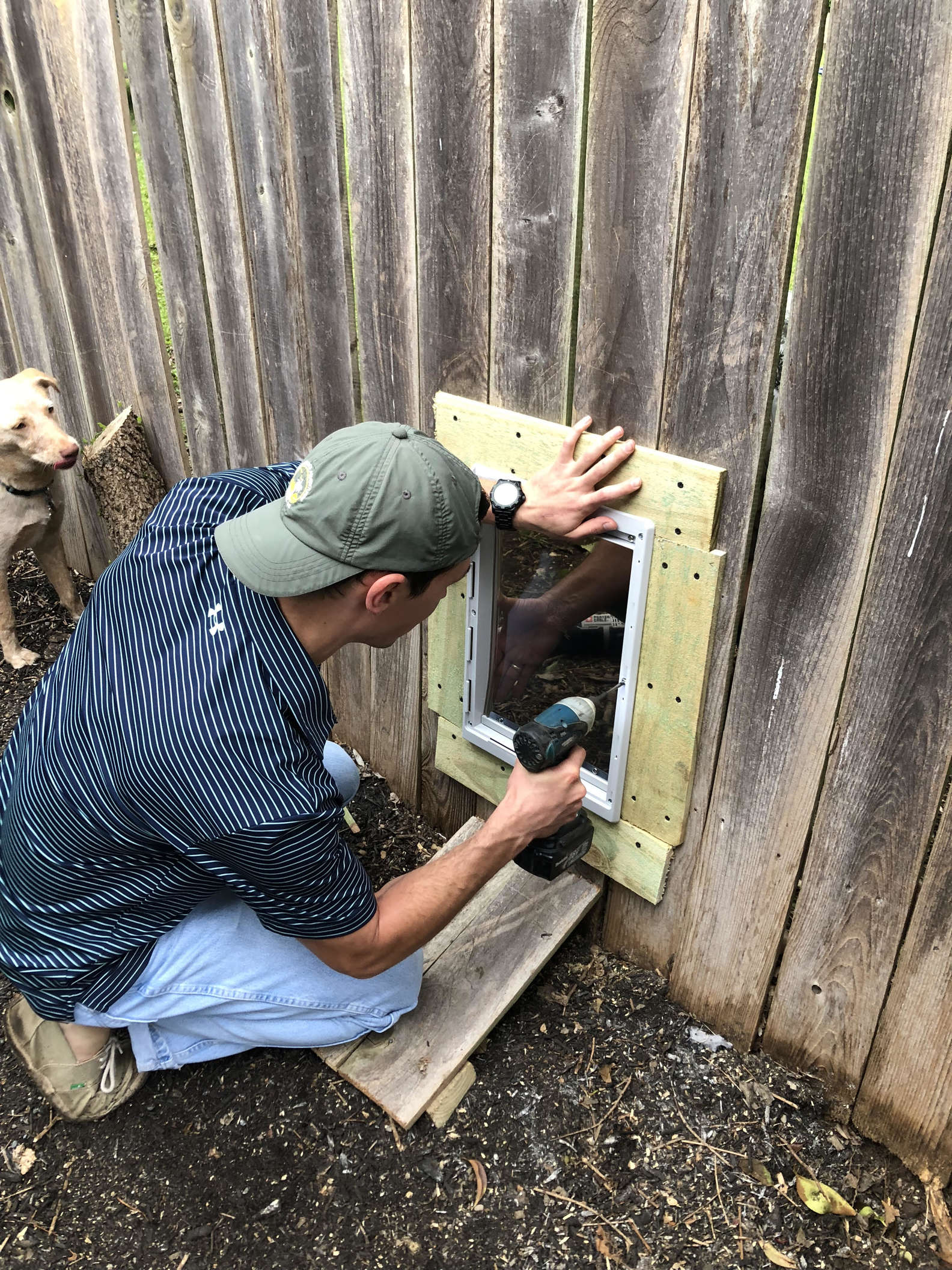 Initially, Graham thought about trying to set up a regular playdate so Tate and Vernon could spend time having fun together without a fence in their way. But then she had a brilliant idea to overcome that obstacle entirely.

“I thought, ‘Why not just put a door in the fence, so they can play whenever, and their hoomans don’t have to get involved?'” Graham said.

So, last weekend, that’s exactly what they did. 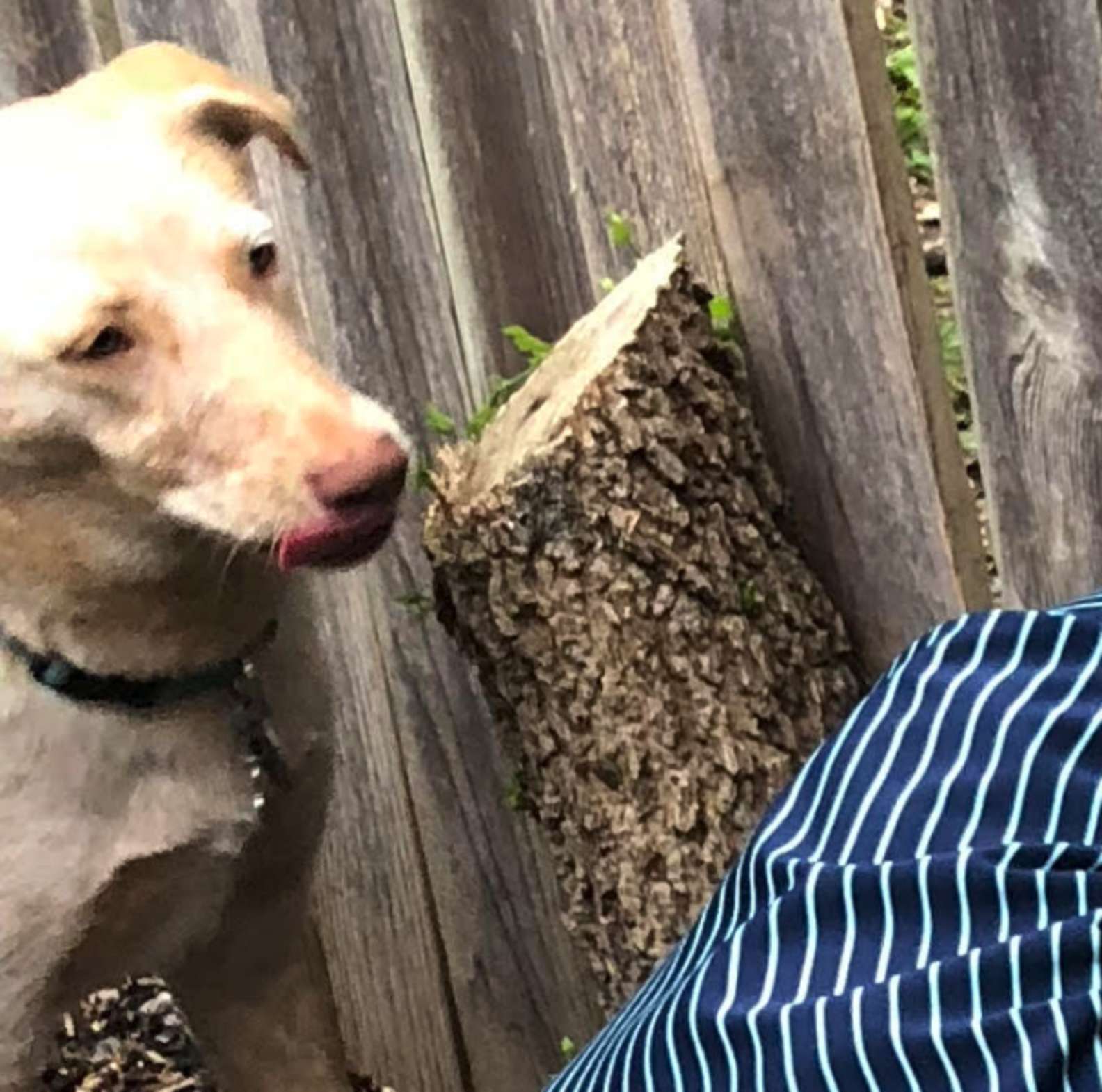 With help from Graham’s dad, the family constructed a doggy door in their backyard fence, allowing Vernon and Tate to get together anytime they please.

Since then, things have never been better for Tate and Vernon — all thanks to their new door.

HAILEE GRAHAM
“They love being together!” Graham said. “I don’t know if they are actually in love, but I like to think so.” 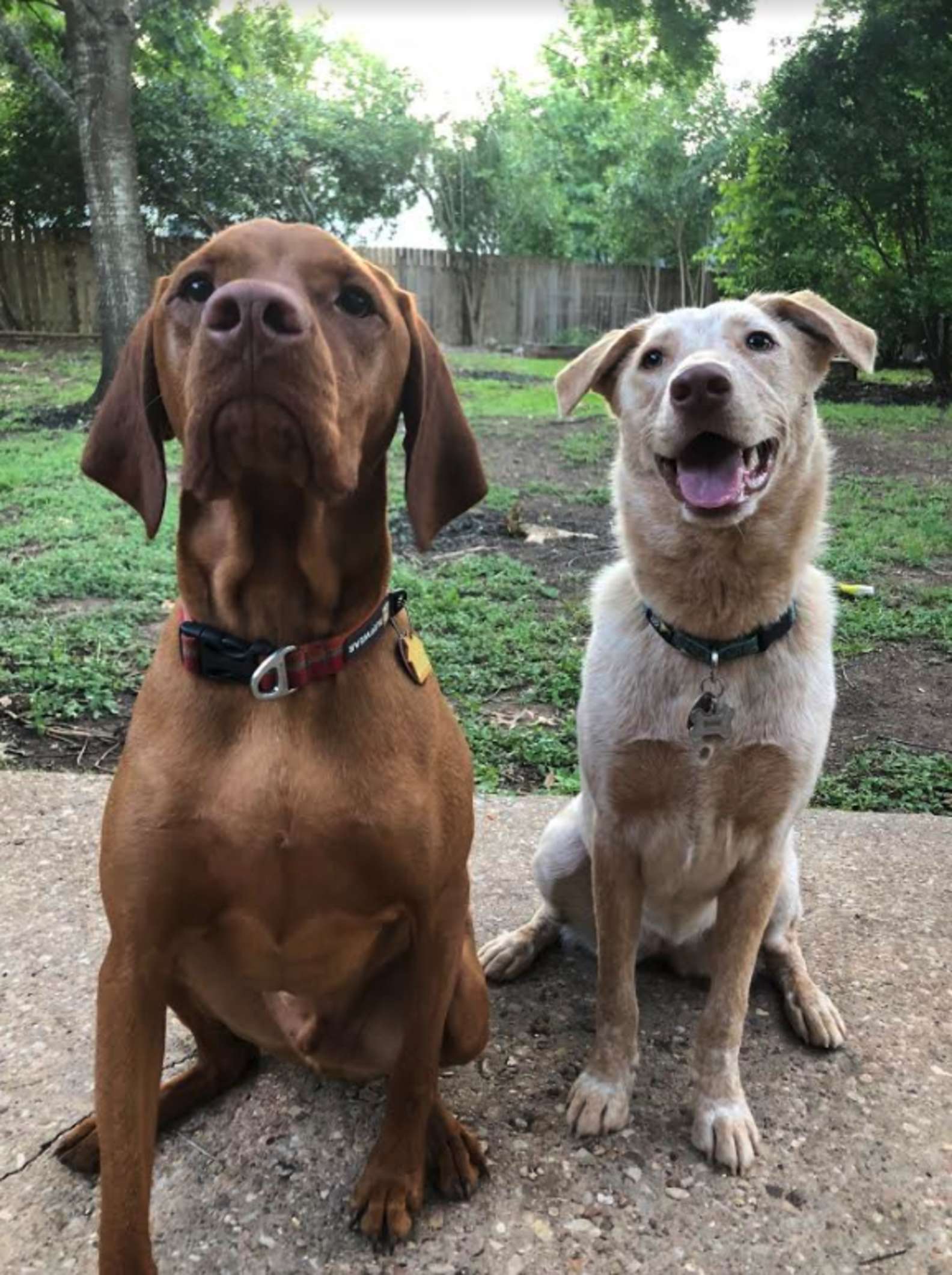 Graham admits that her doggy door fence idea might not work for everyone, but she’s optimistic that other like-minded pet owners might be inspired to make their backyards more open, loving spaces. 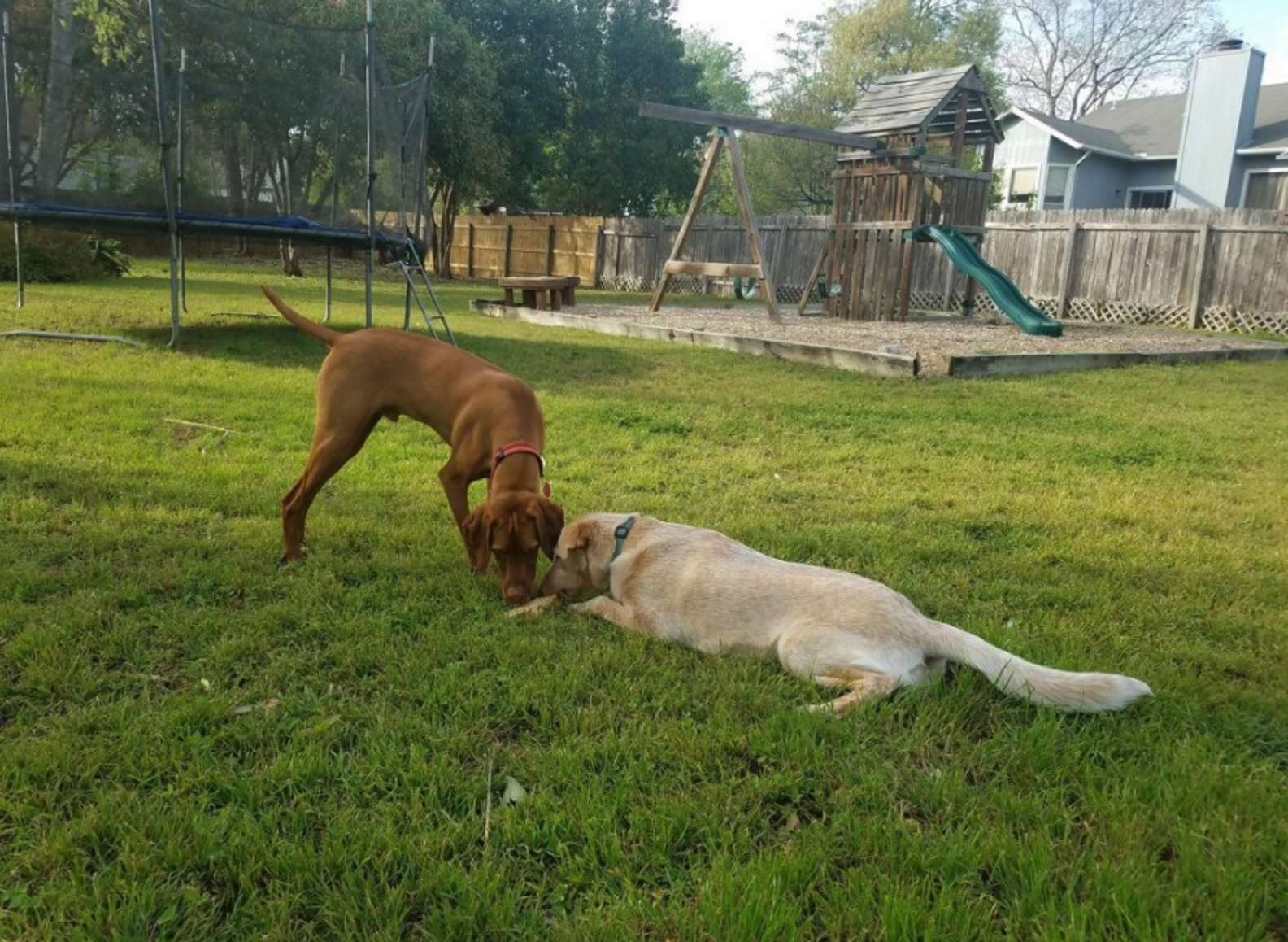 “I hope that it encourages people to be more friendly with their neighbors, and encourage a sense of community,” Graham said. “It has worked out well for us so far.”