Early Sunday morning, Oregon resident Jared Twedell was driving to the local recycling center when he noticed something strange.

“There are railroad tracks near the gate, and out of the corner of my eye, I caught this flicker of movement,” Twedell told The Dodo. “I thought it was a deer lying on the tracks.”

In hopes of encouraging the animal to leave the tracks, Twedell rolled his window down to whistle toward it. A set of ears perked up, and Twedell realized it was actually a dog. 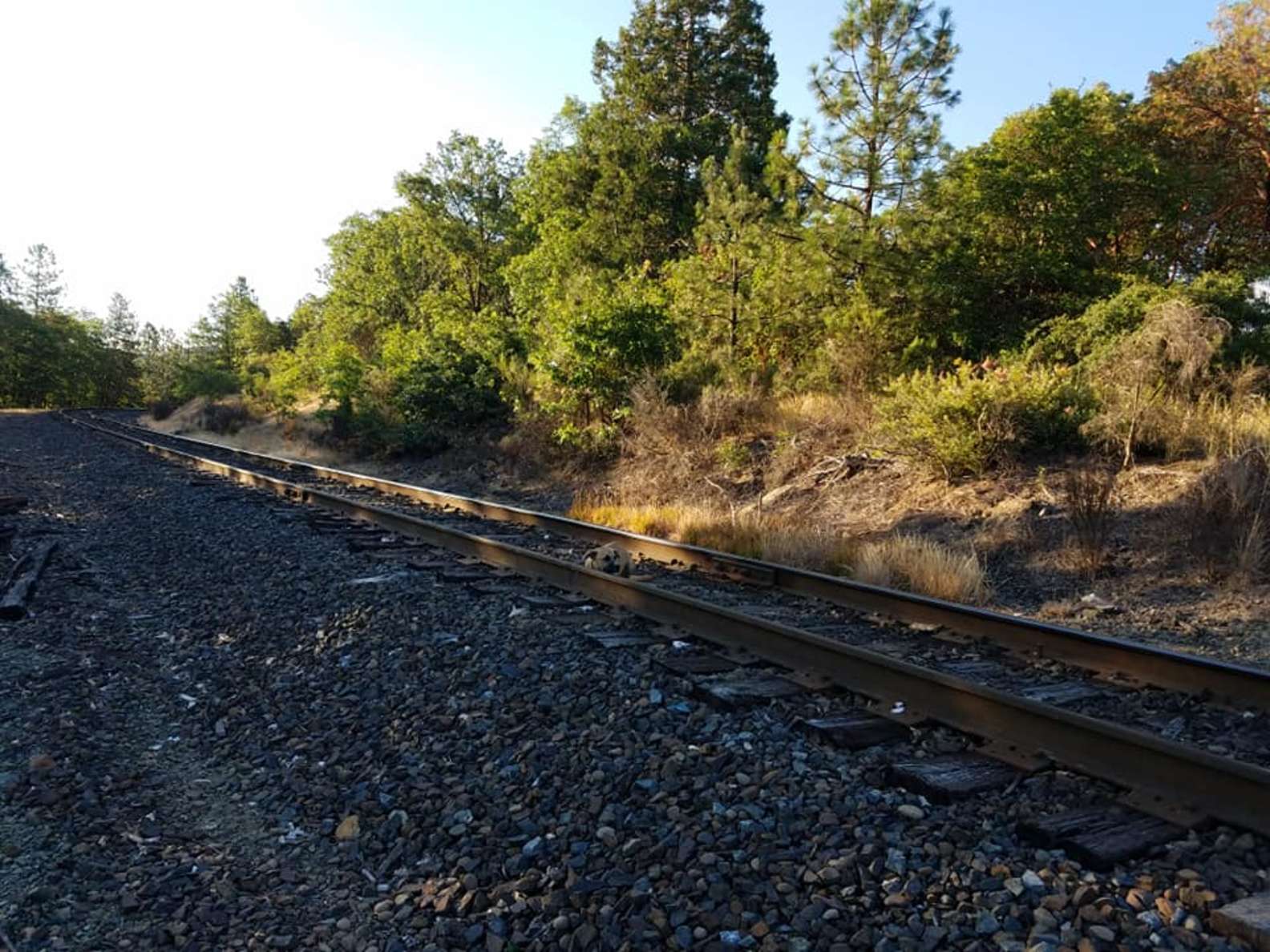 But he was tied to the tracks.

“I went into panic mode,” Twedell said. “He tried to walk toward the car and the rope pulled him back.”

The train comes through that area at least three times each day — and Twedell had no clue how much time he had. Pulling off to the side, Twedell rushed out of his car. 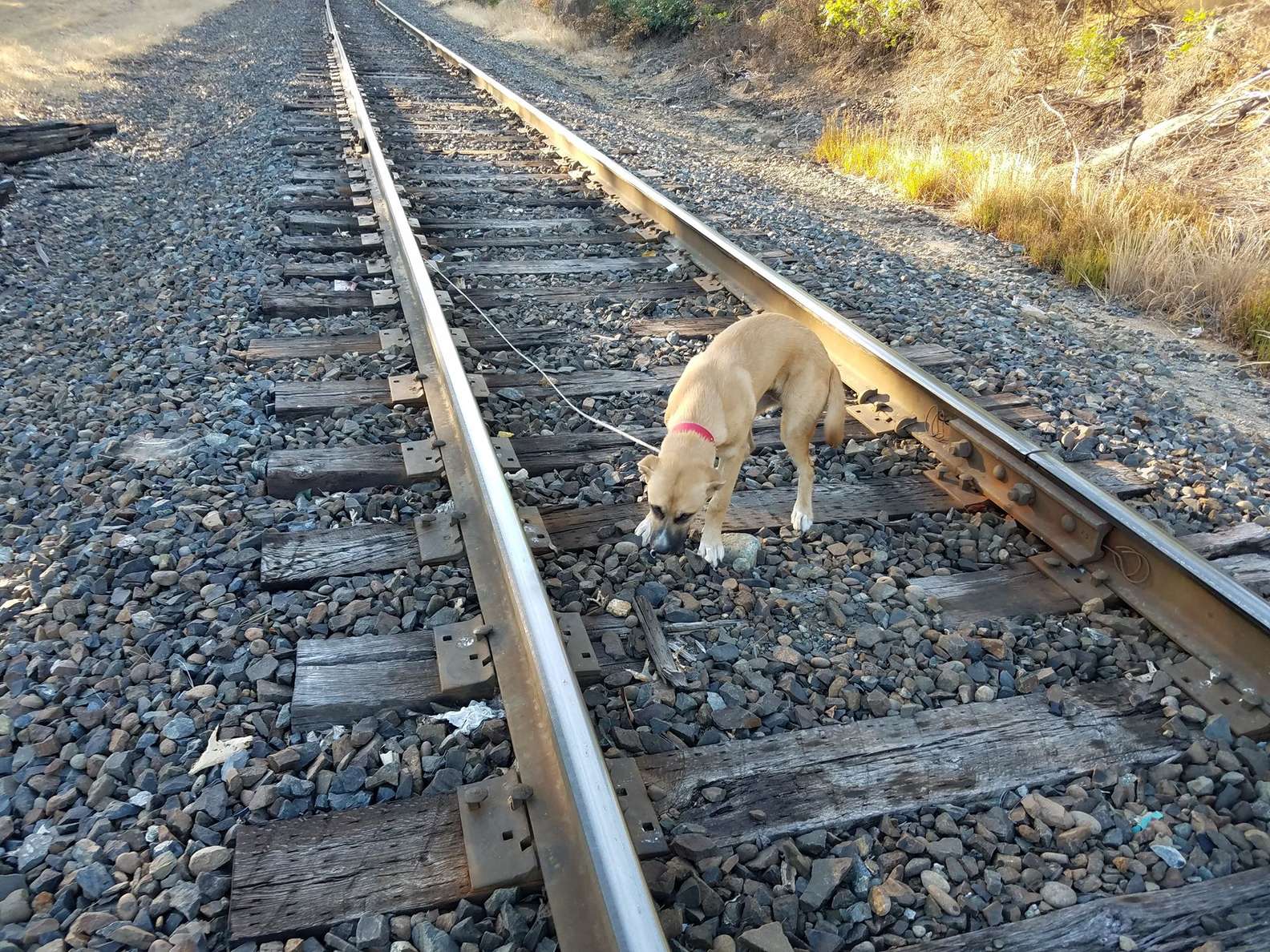 “He was obviously scared,” Twedell said. “I was worried about whether or not he would let me get close to him. I patted my leg and said, ‘Hey little buddy!’ His tail just started wagging. That’s when I knew he would be OK with me approaching him.”

Twedell’s only concern at that moment was making sure the dog got untied safely and made it into his car. The young dog was exhausted from being out in the heat — and it was clear someone had intentionally left him out there.

“The rope was tied in a figure eight, like you would use to tie a boat to a dock,” Twedell said. “Someone did this 100 percent on purpose. It just made me sick.”

Twedell knew right then that he would be bringing the dog home, and loaded him into his car to drive him back. He originally nicknamed the pup Train, but his family thought of a more proper name: Samson. 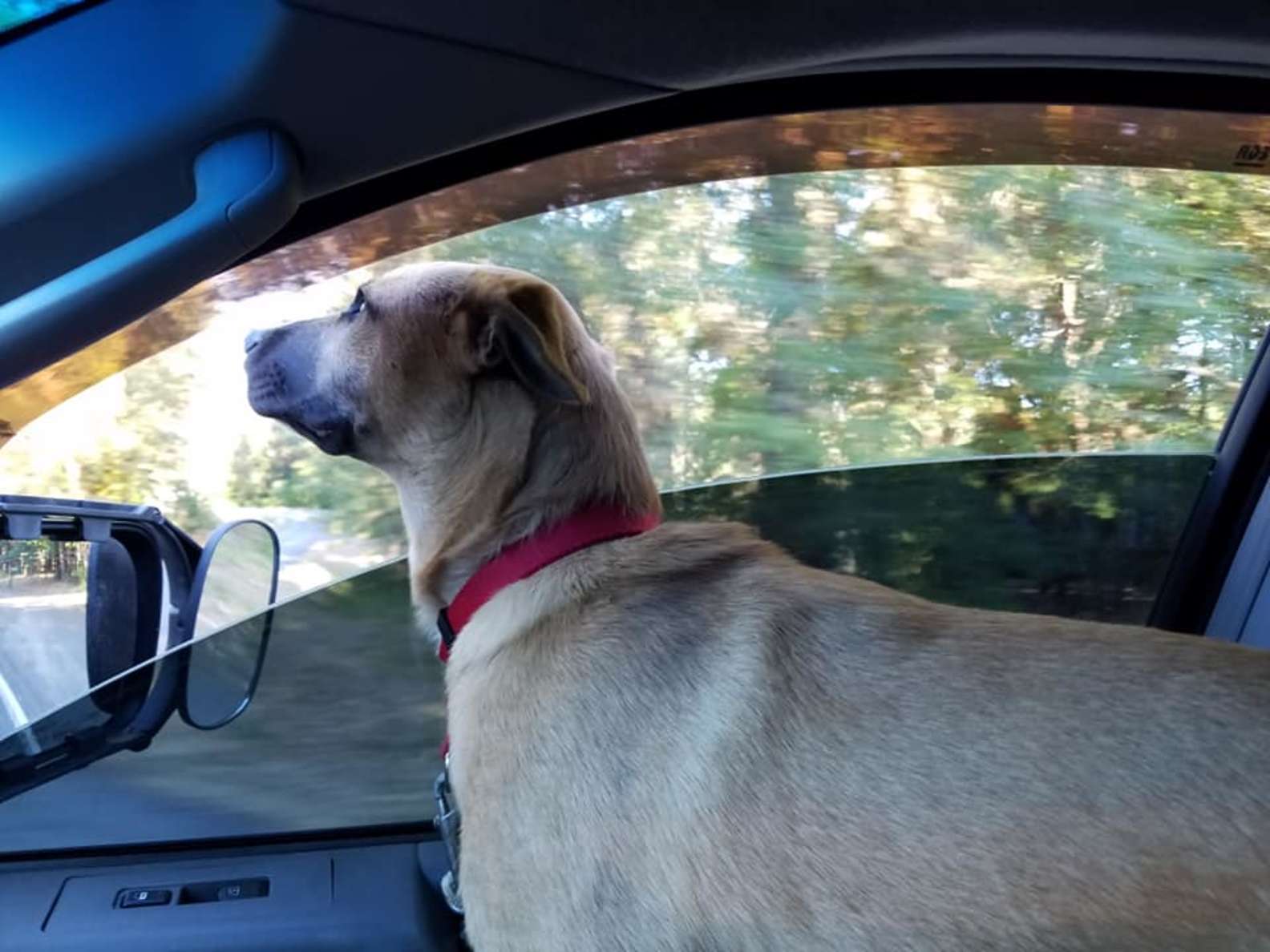 When they got home, Twedell removed the burrs from Samson’s fur and gave him a bath. Aside from a little cut on his neck, Samson didn’t appear to have any major health concerns. He wasn’t skinny, and his nails weren’t overgrown.

Even better, Samson instantly took to the family’s other pets, including two other rescue dogs, cats and a Flemish giant rabbit. 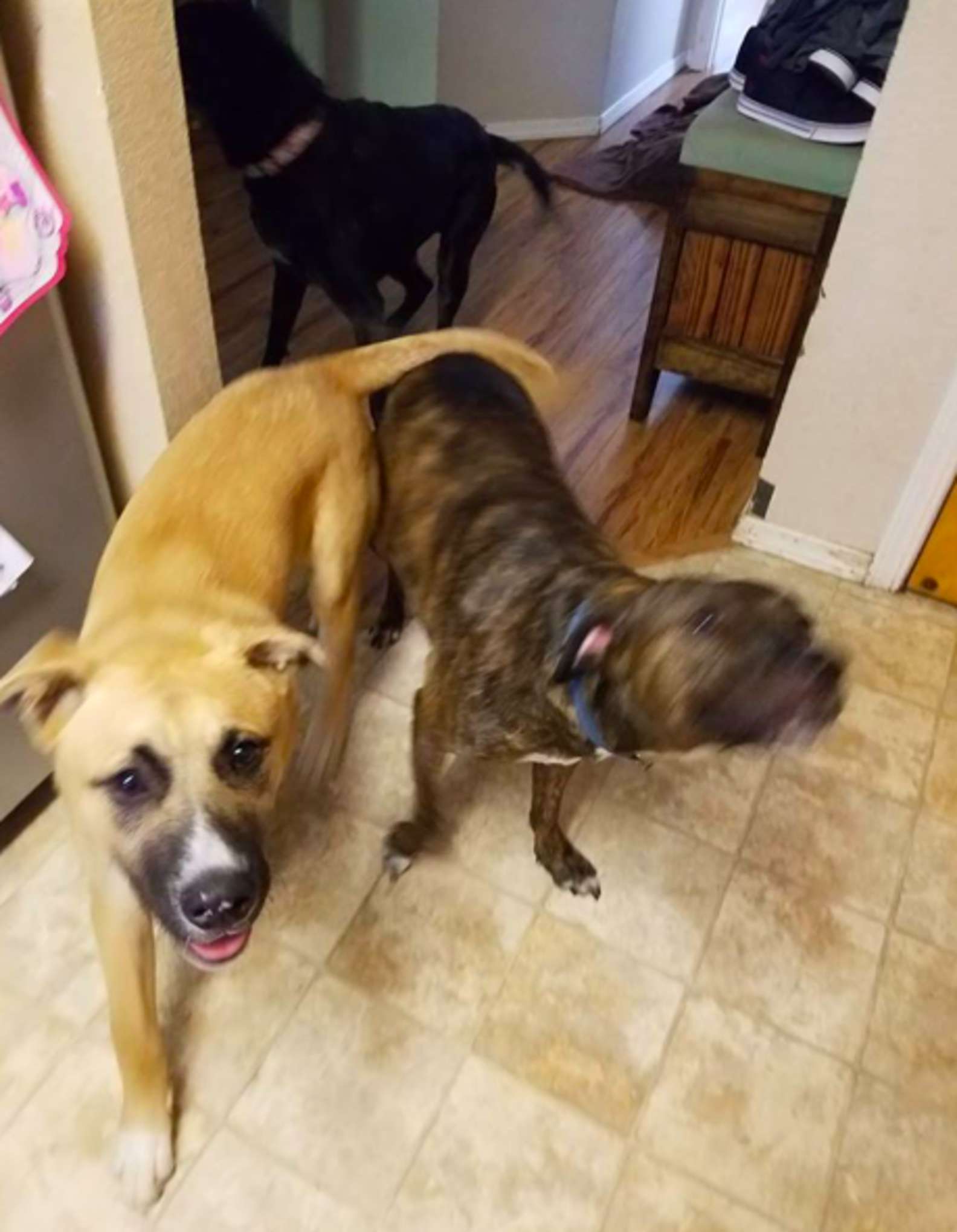 “The dogs have all been getting along great,” Twedell said. “All they’ve been doing since I brought Samson home is play.”

Despite his large size, Samson is only around 6 months old and is expected to grow even bigger.

“He’s definitely rambunctious and really big,” Twedell said. “I’m sure someone got him thinking they’ll end up with a tiny puppy, not expecting him to already be 60 pounds at 6 months old. He’s still so young, and it was over 100 degrees with no shade out there. I don’t think he would have made it out there, even if a train didn’t come through.”

For now, Twedell is technically fostering Samson — but it’s already quite likely he’ll become a permanent part of the family. 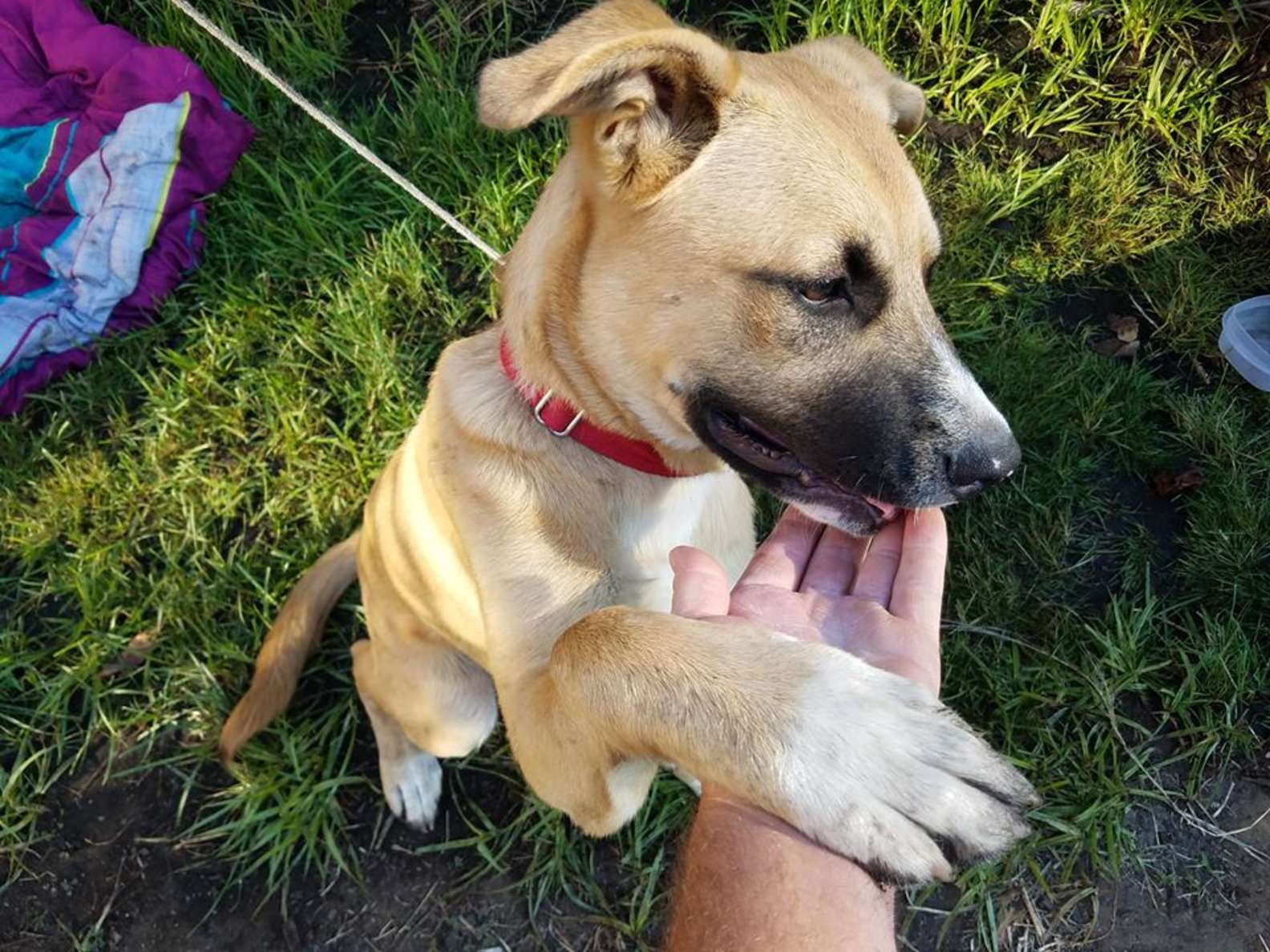 “He’s a really great dog,” Twedell said. “This little guy had someone watching over him.”