Mike Digout has never been a big fan of Canadian geese. But this spring his views changed after meeting one remarkable mother goose caring for a very large family.

Since work from home started, Digout has been taking walks along the Saskatchewan riverbank near his home in Saskatoon and bringing along his camera to capture the wildlife that lives there. That’s where he first met the geese.

“I was out every night walking on the riverbank looking for beavers and, of course, there was a lot of geese activity as they were coming from the south and looking for a place to nest,” Digout told The Dodo. “It got to be quite entertaining to watch the geese fighting over places to nest and protecting their nests.” 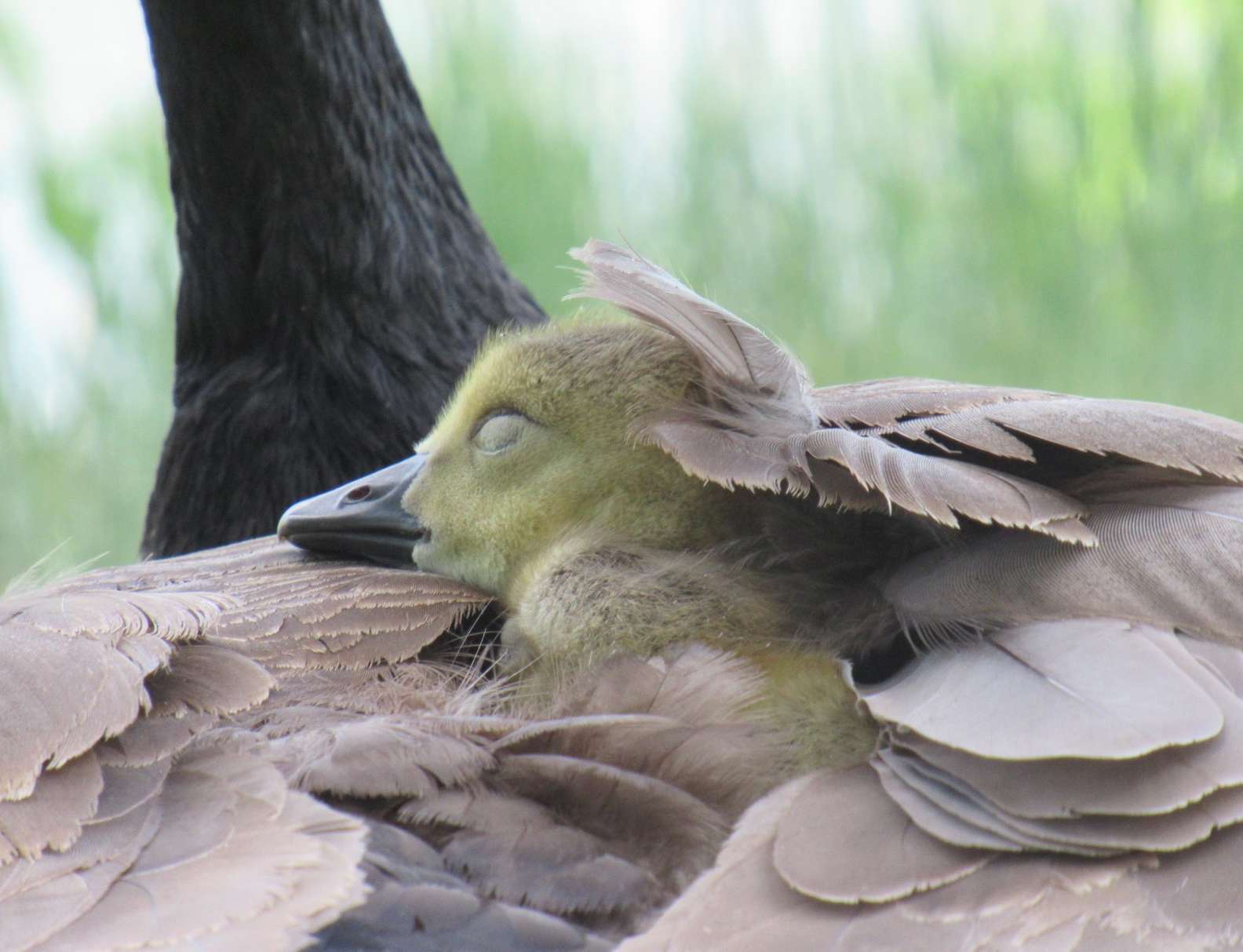 In May, Digout noticed the first batch of goslings had hatched. “They’re so cute when they’re little — like little tennis balls with legs,” Digout said. “So I started taking pictures of the goslings while I was waiting for the beavers to come around.” 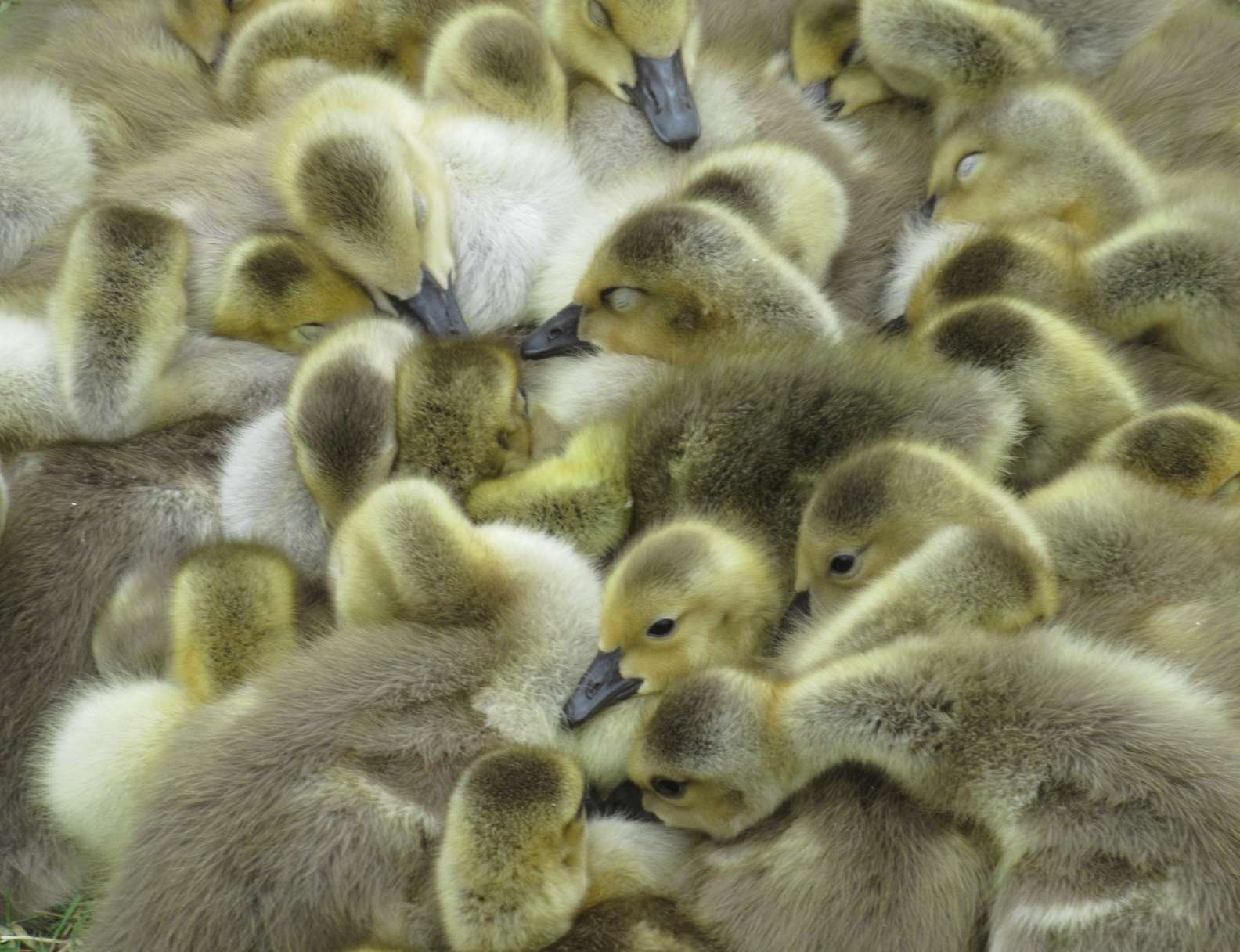 One night, Digout was sitting near some reeds along the riverbank when he saw a mother goose with an unusually large group of goslings. One by one, the babies started crawling under her feathers to go to sleep for the night, until he counted 16 fluffy bodies crowded under their mom’s protective wings.

“I was stunned that this mom had 16 babies, so I started going back every night looking for this mom and her goslings,” Digout said. “And every day it seemed like she had a bigger group.” 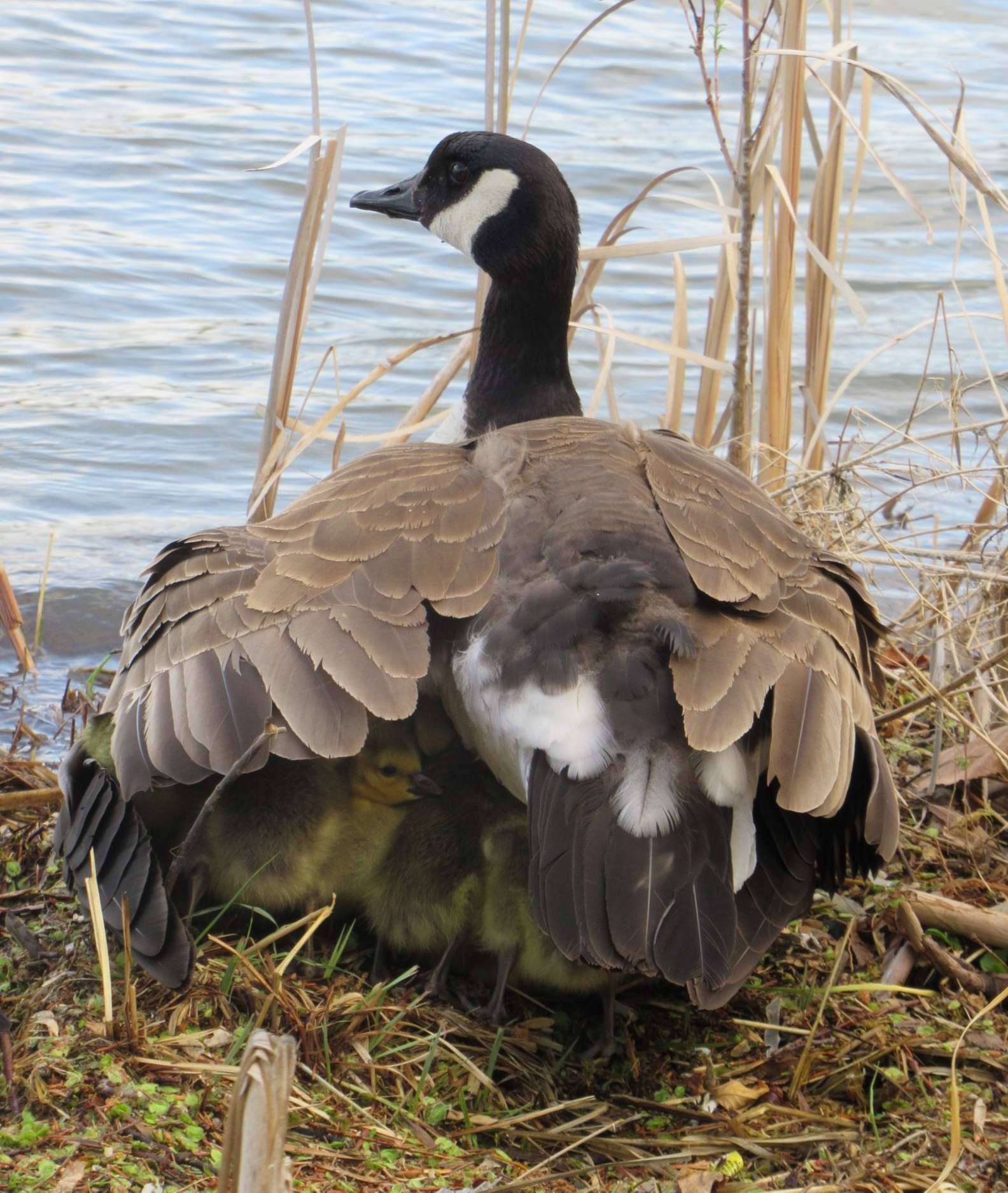 He counted 25 goslings one day, then 30 the next until he finally spotted the mama goose and her mate with 47 babies. Digout realized that this amazing mama was caring for goslings from many different families. This is known as a gang brood and is common in urban and suburban areas with lots of nests. 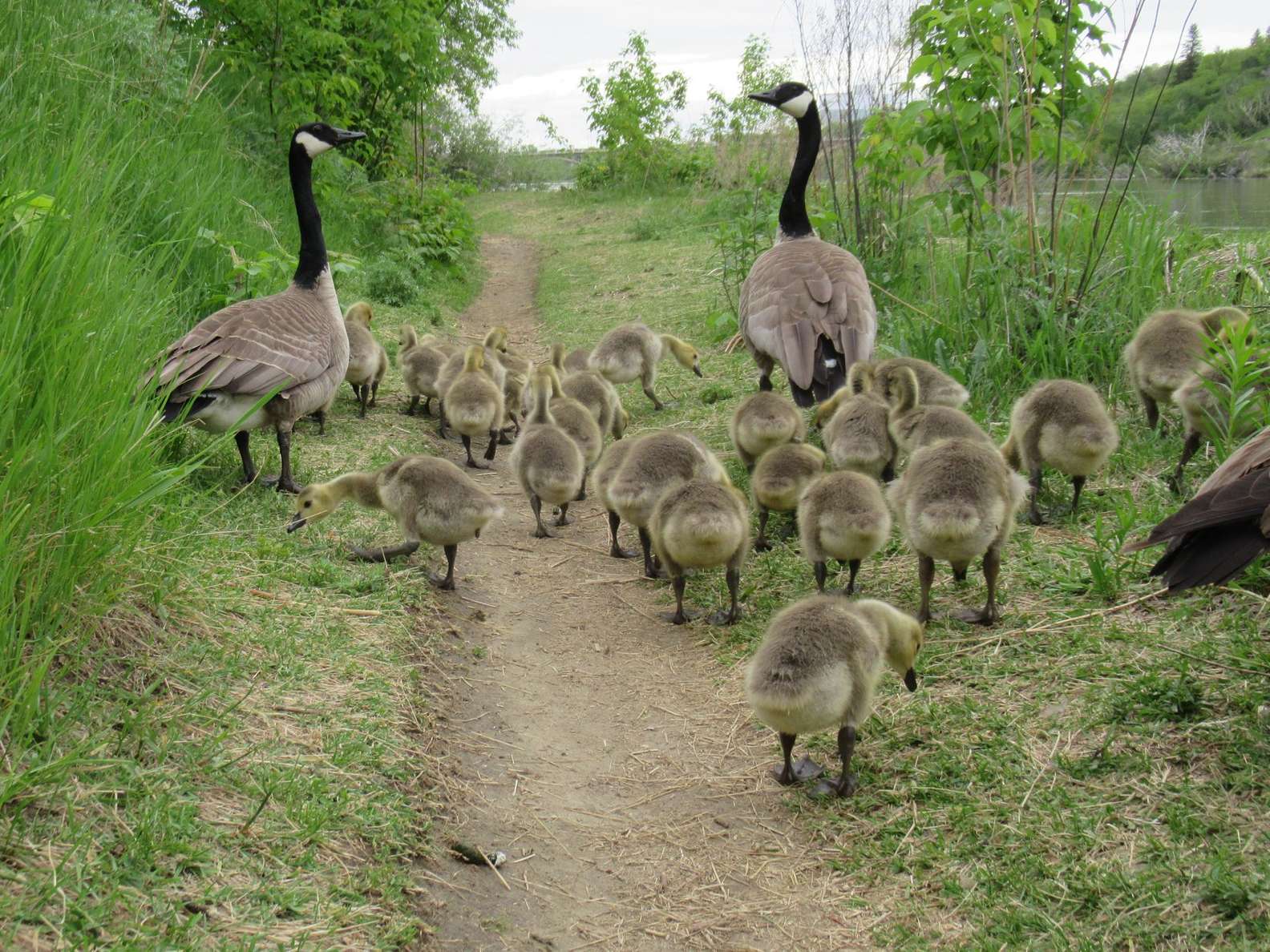 Gang broods are formed when especially patient parents babysit other geese’s children, giving their friends a few nights off.

And it was clear to Digout that this goose mama was made for the job: “It was incredible how calm she was with so many goslings around,” Digout said. “She seems like such a patient mom.” 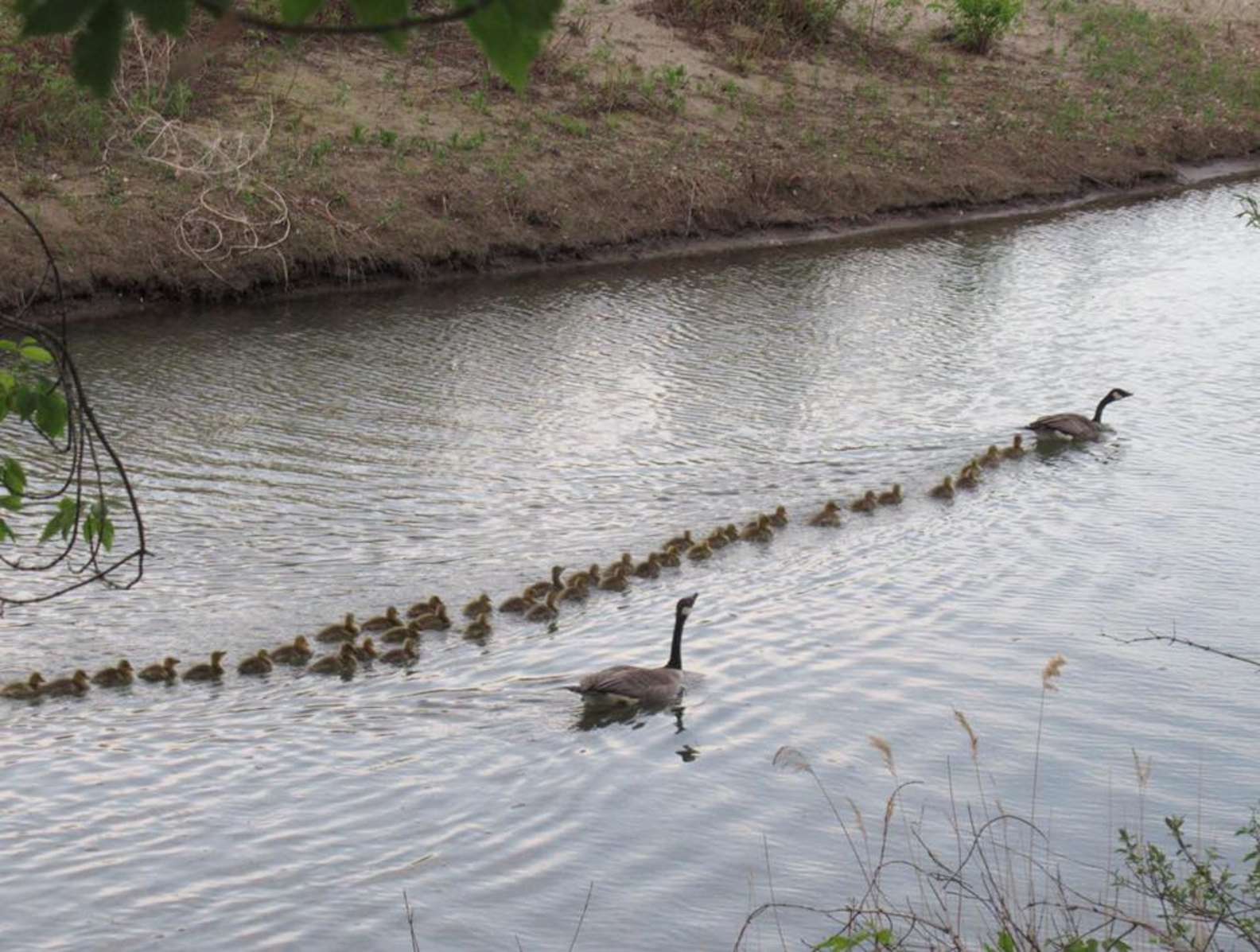 The goslings are quickly growing up, and can no longer all fit under their mom. Now, they sleep in one big pile while she keeps watch. 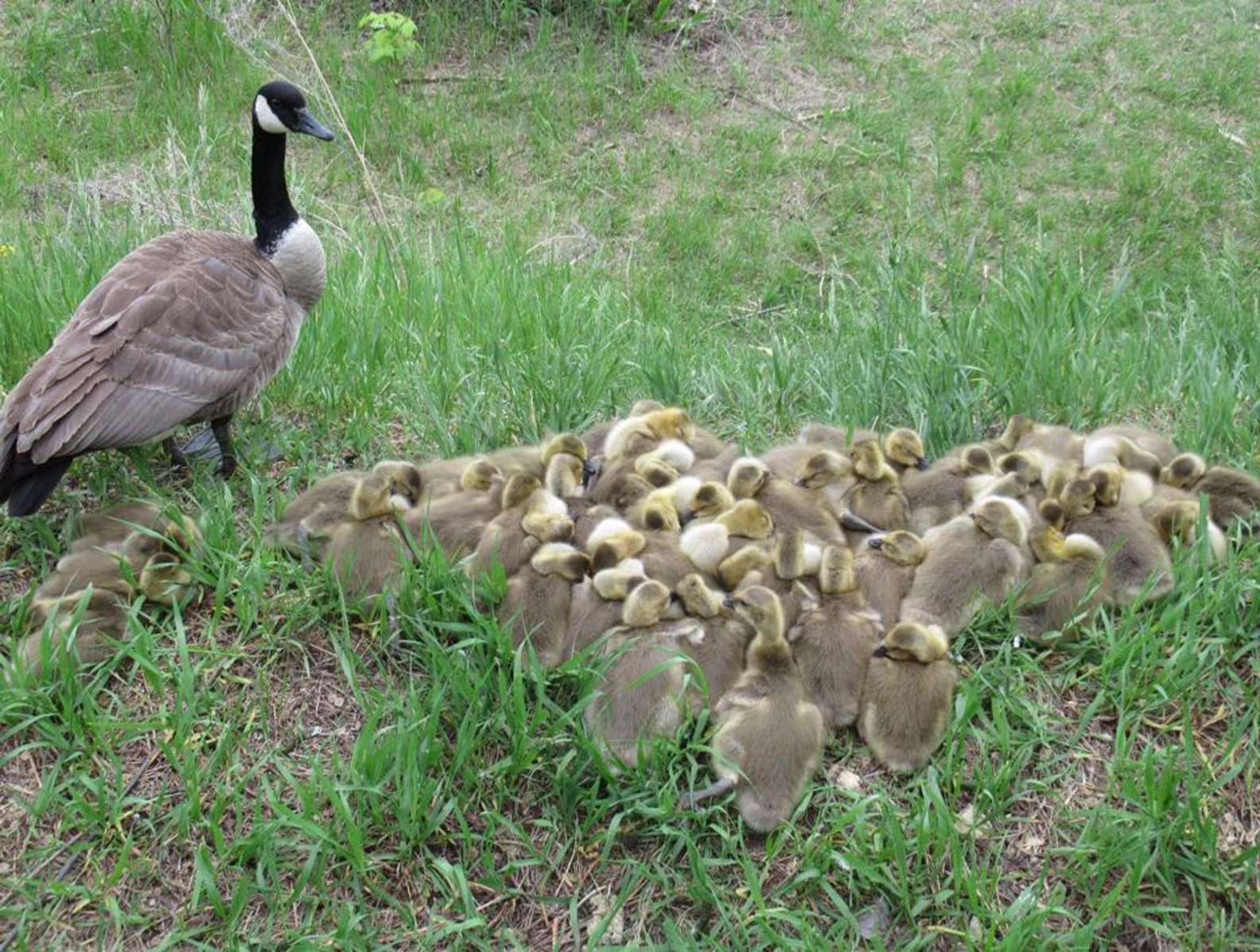 The gang brood has since split into three large family units — but this supermom and her mate are still caring for 25 babies. And they’ll continue to keep them safe until it’s time to fly south once again.