Pimentel runs Tierra de Animales, an animal sanctuary on the outskirts of Cancun, surrounded by jungle. For nine years, he has cared for over 500 animals — including stray cats, dogs, chickens, turkeys, horses, sheep, pigs, cows and donkeys. 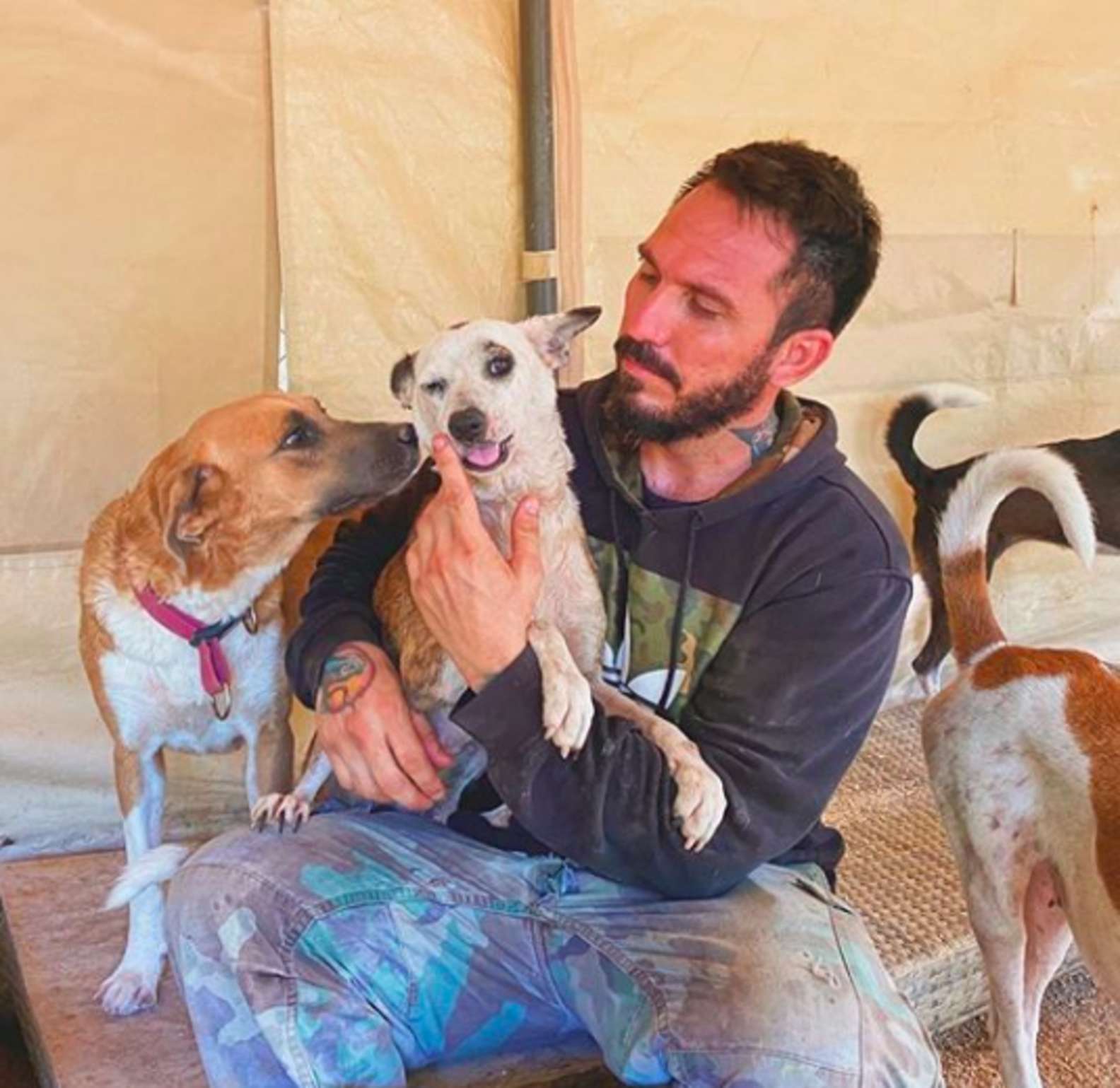 He knew the dog shelters weren’t strong enough to stand up to a Category 4 storm, so he did what any animal lover would do — he invited the pups into his home for a sleepover.

“We have two bedrooms, one kitchen and one bathroom available for volunteers who want to come and stay here to help us with all the things that we have to do,” Pimentel told The Dodo. “We decided to put almost all the dogs inside the house, simply because we don’t fully trust in the shelters that we currently have because they aren’t hurricane-proof.” 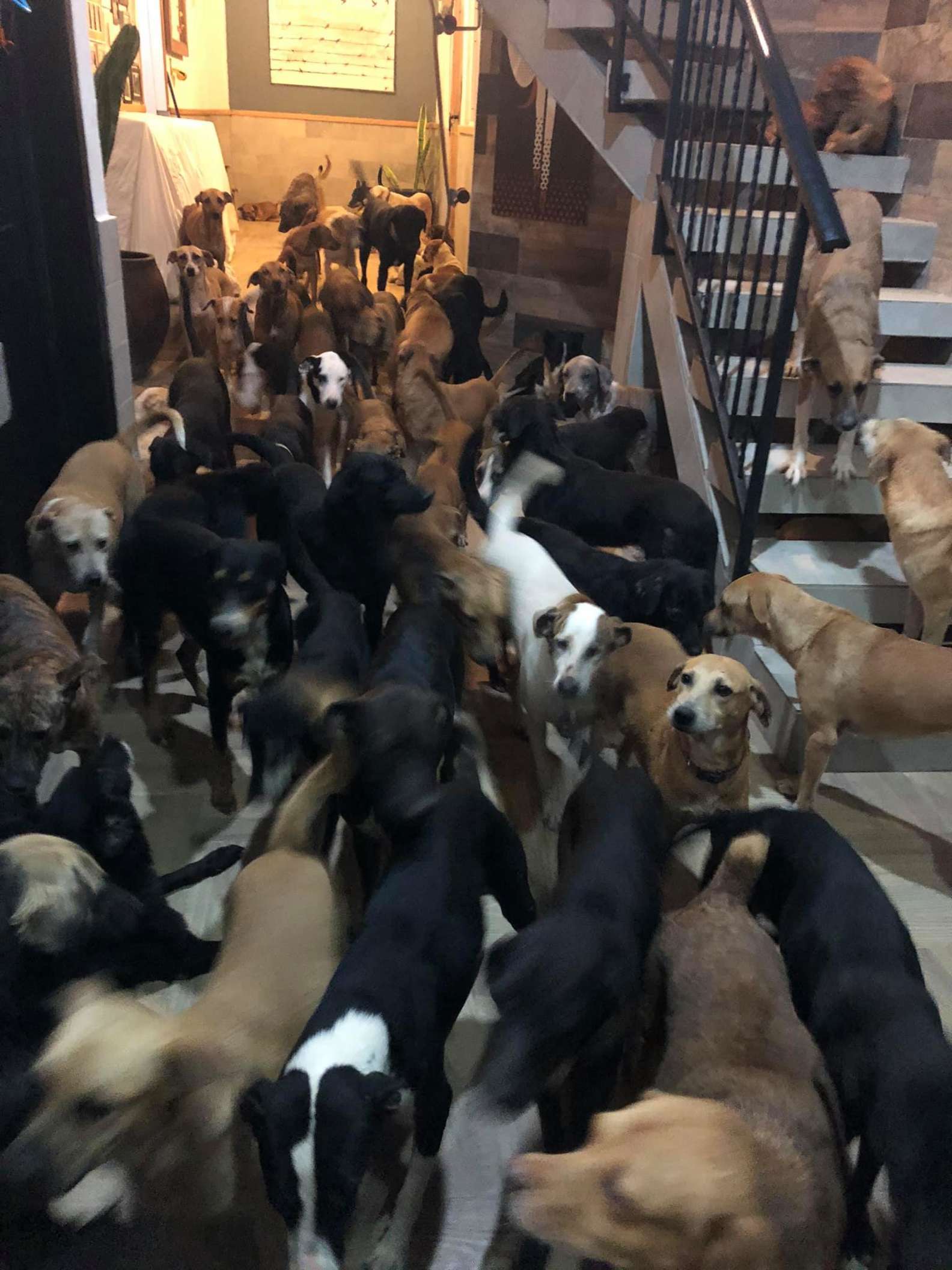 But bringing 300 dogs inside was no easy feat. For five hours, Pimentel and his volunteers rounded up the pups and helped them inside before the hurricane made landfall.

“We had to bring them in on leash two by two,” Pimentel said. “Some of them are afraid or don’t know how to walk on a leash, so we had to carry them to the house, but in the end, it was worth it because they are all safe.” 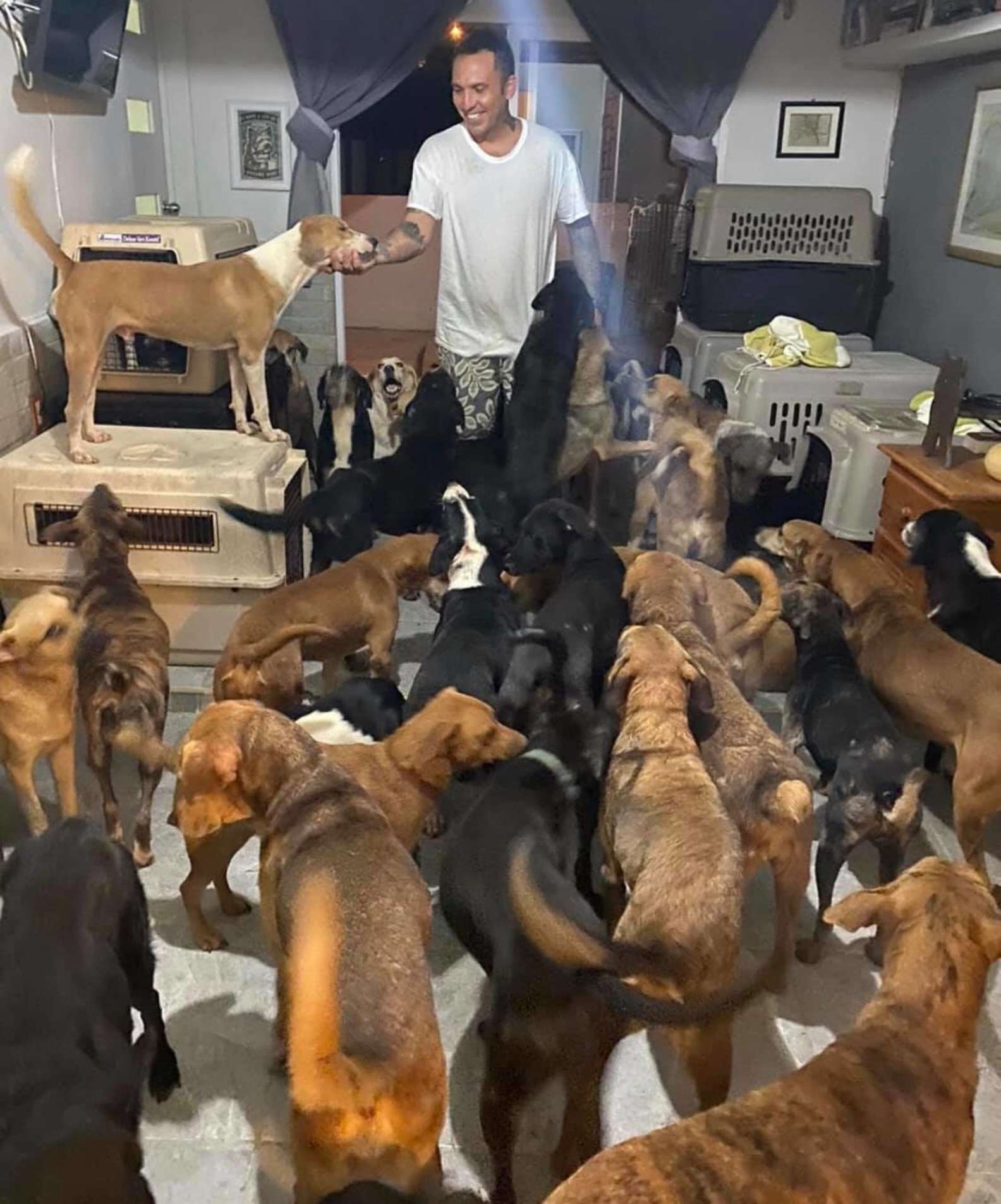 With so many animals in such a small house, Pimentel expected that they’d make a bit of a mess. But he was pleased when everyone seemed to get along.

“They were actually very well-behaved all night,” he said.

Luckily, by the time the hurricane reached the sanctuary, it was only a Category 2 storm — though the strong winds still damaged the property.

“The next morning when the hurricane finished, we had to do a lot of repairs and clean all [the animals’] areas from trees and branches,” Pimentel said. “So they stayed in the house the next day until 5 or 6 p.m.”

“Of course, there was a horrible smell in the house and they broke a few things, but there’s nothing to regret,” he added. “I would do it again one million more times if necessary.” 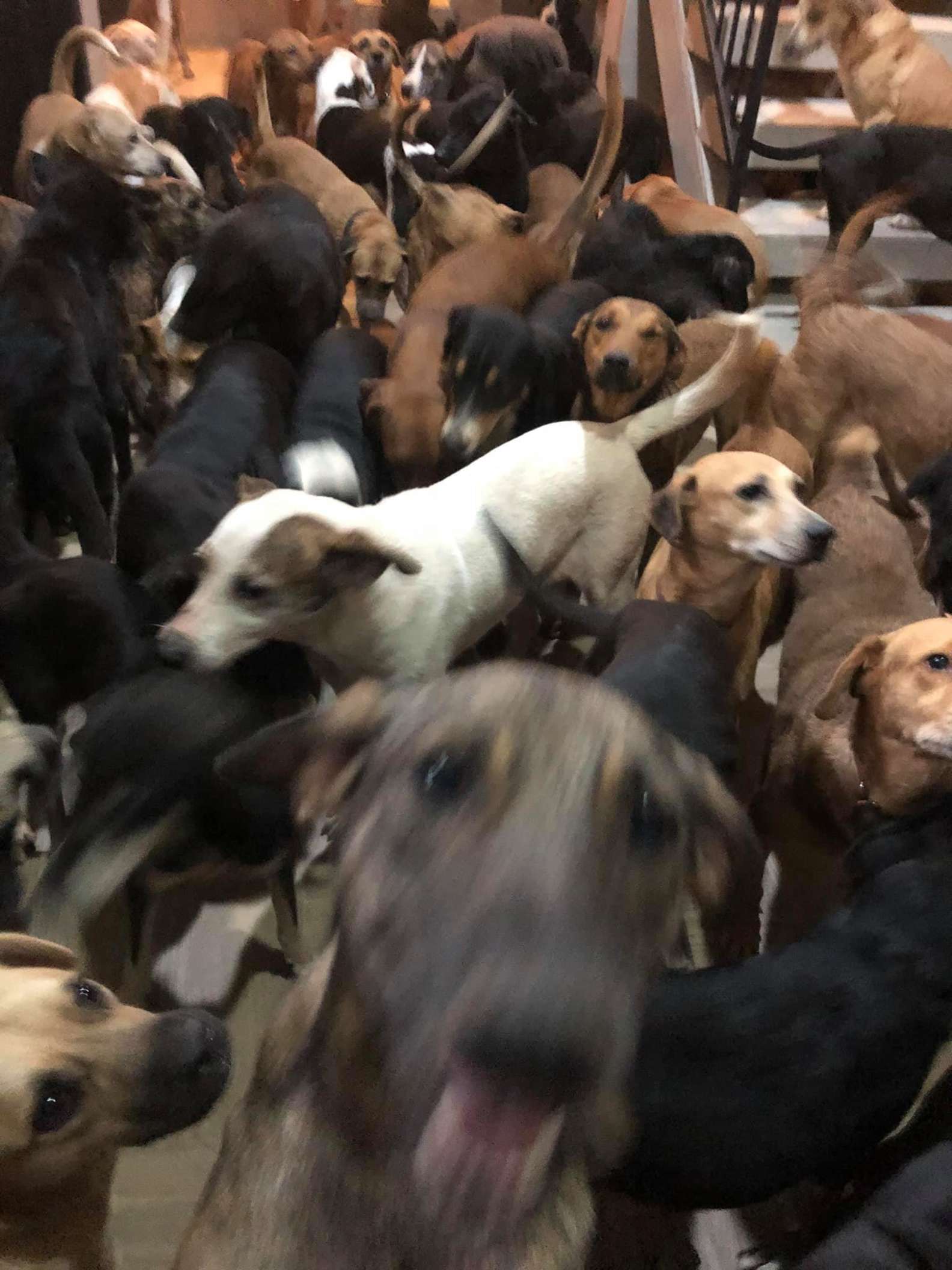 Pimentel is now working to build hurricane-proof shelters on his 10-acre property so all the animals can have adequate protection. And he hopes to take in even more animals so that no one has to spend another night on the streets.