The love between a mother and her children is the strongest power on Earth. Animal are also attached and devoted to their babies the same way humans are. Regardless the species, the unique connection between a mom and her little one is always special. And the heart-melting footage bellow, shows it! Native to Australia, koalas are pretty asocial animals. The only bond is between babies and their moms. But the connection is so special. Thankfully, the staff at the Symbio Wildlife Park in Helensburgh, Australia managed to catch on camera the tender moment a newborn koala meets its mom for the very first time. 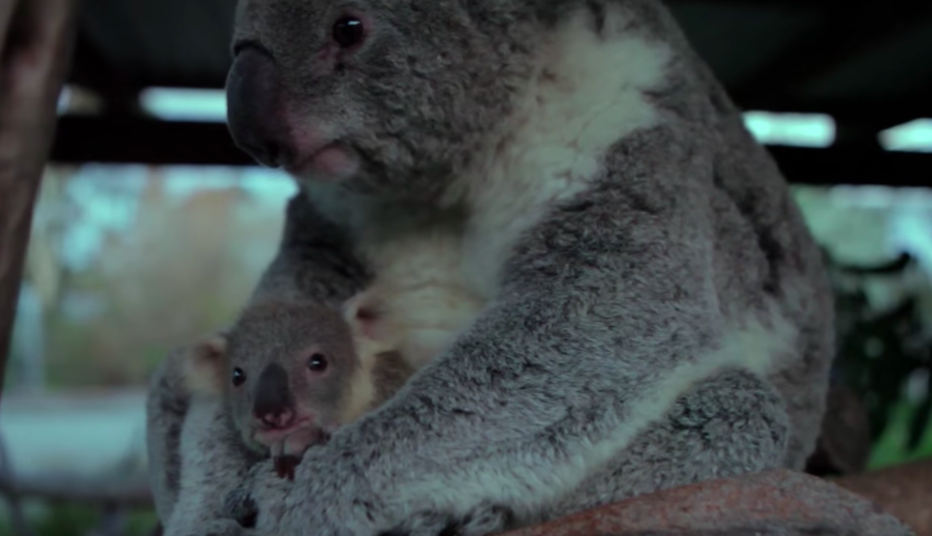 The heart-warming moment shows the little joey gently nesting in its mom pouch. But at same point, the cute tiny creature turns its head up and sees its mom for the first time. The next moment is overwhelming as the koala mom and her baby look in each other’s eyes. They both look so happy!

According to the World Wide Fund, koala is Australia’s “most iconic animal species.” And “with their stout, tailless body, large head with round, fluffy ears and large, spoon-shaped nose, are instantly recognisable as a symbol of Australia,” the organization’s official site reads.

However, the things doesn’t look too good for these cute mammals. According to the Australian Koala Foundation, theirs number has dramatically decreased in the last years and now are less than 80,000 individuals left in the wild. That makes them a “functionally extinct” species. You can watch video of heartwarming moments below;