Receiving allowance is such a special thing that many kids get. I never did, and was always jealous of those who got it. But hey, every parent is different.

And like how every parent is different, every child is different as well. Some would spend their allowance, but not this 4-year-old. He saved it up for once special reason…

For kids Jaxton’s age, they tend to like to buy toys and candy. Which is understandable, they are kids. So when Jaxton told his mother Elyse Betschart what he wanted to do, she just couldn’t say no.

Elyse took her son to the Charleston Animal Society in South Carolina, so there, he would be able to ponder a pit bull amend Penelope. But when he got there, he saw another pit bull who grabbed his heart. 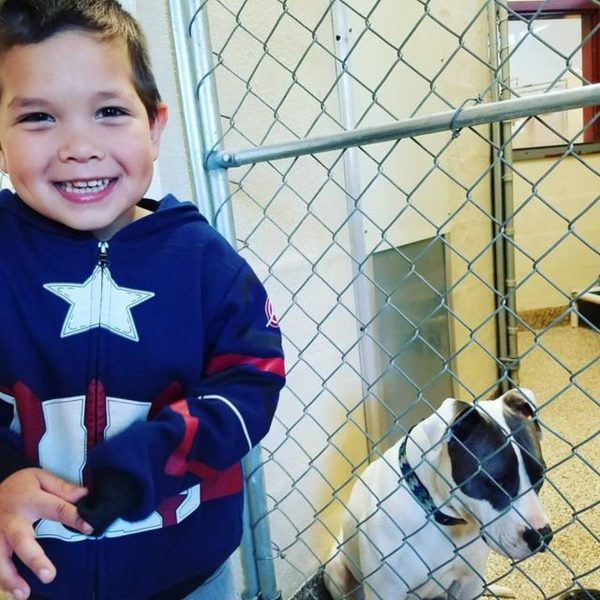 He wanted to give them new and loving homes. So, with his money he had saved up, he paid for their adoption fees.

The one pit bull, Tank, grabbed his heart right away. He ran into his cage and said, “Mommy! He’s big and chunky just like me!”

When Jaxton asked if he could actually adopt Tank, his mother, unfortunately, had to say no, since they are a military family, and military families are banned in military housing.

Elyse had to explain why they couldn’t adopt Tank, but instead, he could help Tank and Penelope find other homes. So he decided to sponsor both of them with his allowance.

“A lot of people don’t realized that sponsorship is an option, that you can actually tie that money to a face,” said Elyse. 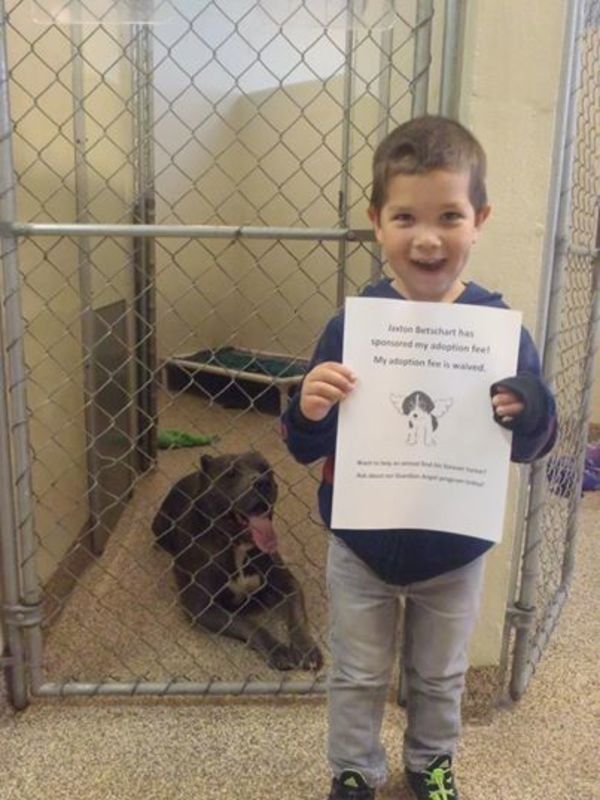 The shelter was so touched by little Jaxton’s actions, that they wrote about it on Facebook. And many others commented saying that they didn’t know that sponsoring was an option either. Jaxton did more than sponsor a dog, he helped spread the word about it!

I am so happy that Jaxton did this for these two amazing dogs! He is such an inspiring little boy, and I hope he continues to be generous as he gets older! Such a loving heart!

If you are proud of Jaxton’s actions and didn’t know that sponsoring was even an option, SHARE this post to spread the word, and go see if this option is available at your local animal shelter!