A group of helpless puppies who’d been left to fend for themselves at a remote dumping ground were delivered to safety this week — thanks in no small part to K-9 officer Tek of Georgia State Patrol.

On Monday in southwest Atlanta, Tek was out for a ride with his partner, Trooper Jordan Ennis, when they spotted the three young dogs in a deserted subdivision. Cowering together in a briar bush with no one else in sight, it was clear that the puppies had been abandoned.

Their sad faces said it all. 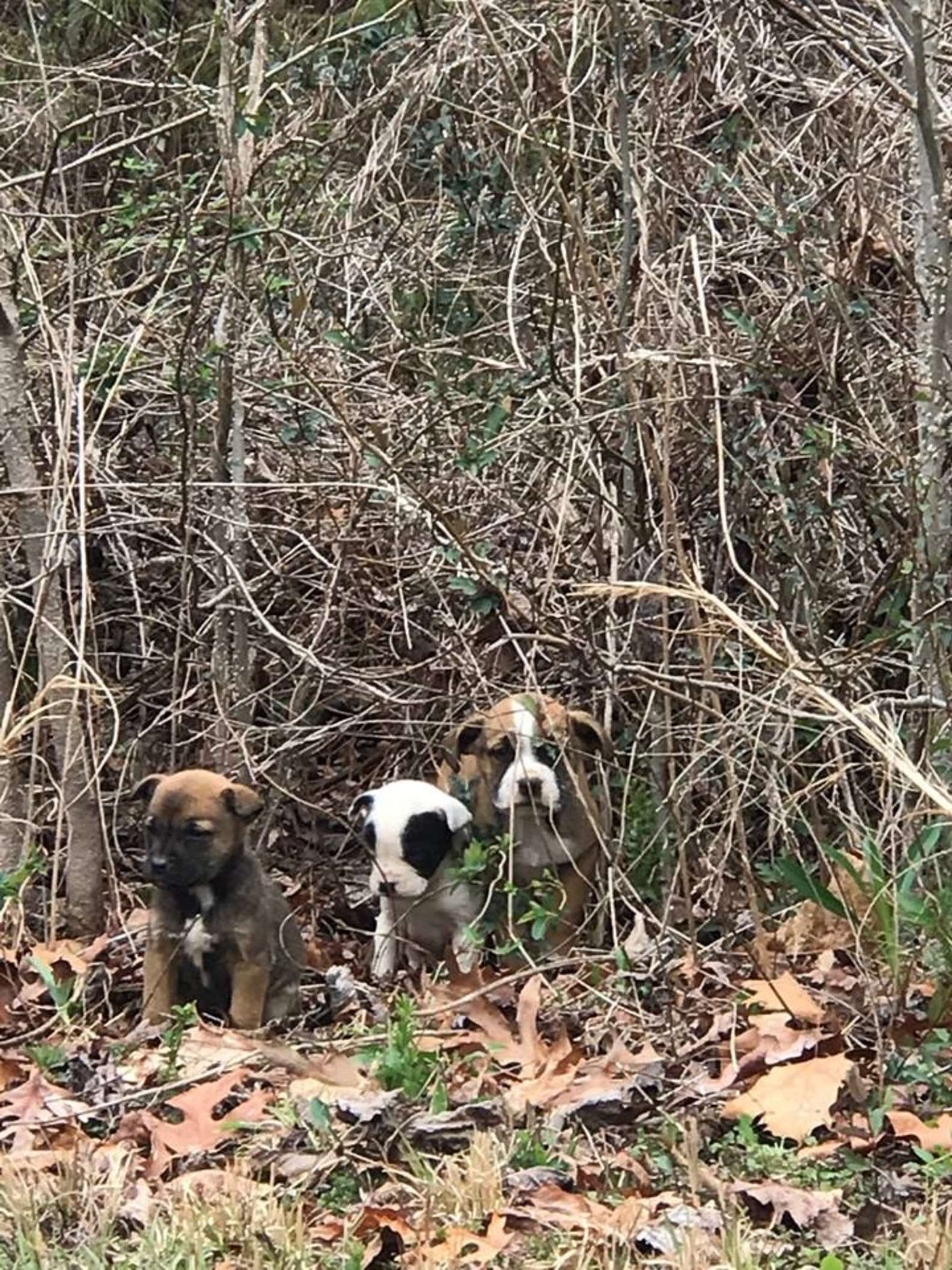 The puppies’ predicament, of course, wasn’t lost on either of the law enforcement officers. Ennis pulled over and, with Tek by his side, stepped in to help.

Once all the puppies were loaded into the patrol car, Tek stayed with them to offer some canine comfort. 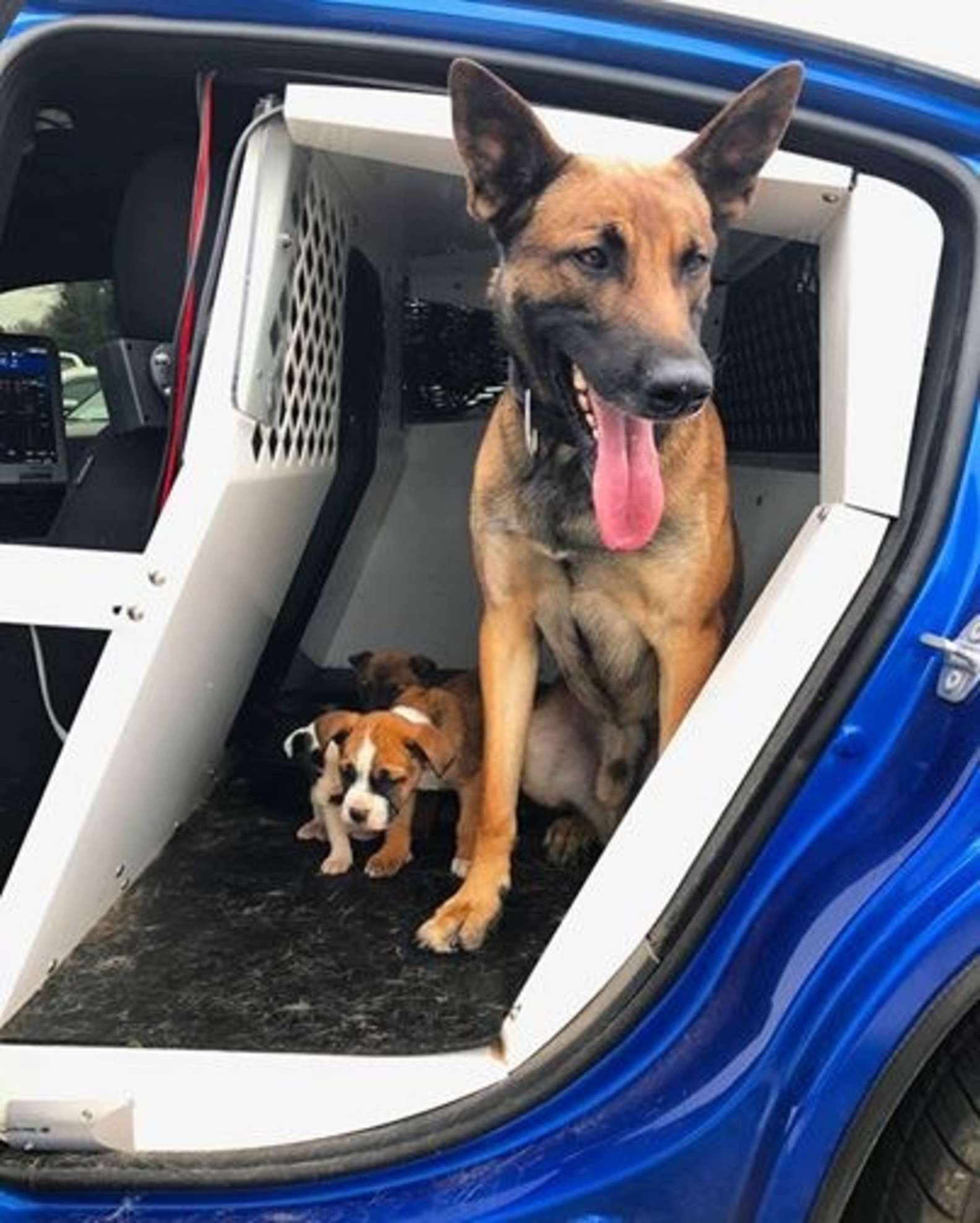 While the person responsible for abandoning the dogs may never be brought to justice, the victims of that cruel act have already begun to move on in the best possible way.

“[Ennis] knew no one was coming for them, so he and his K-9, Tek, brought the puppies to Headquarters where they were all promptly adopted,” Georgia’s Department of Public Safety wrote on Facebook. “A Trooper never knows what he may encounter on a shift, but a day with puppies is a good day.”