There, among a scattering of illegally dumped home furnishings, was a hopeful little heart trying so hard not to break.

It was a puppy who didn’t realize that he’d been discarded, too.

On Monday morning, animal control officer Sharon Norton was alerted to this saddening scene along a quiet stretch of road in Lincoln County, Mississippi.

She drove to the spot straightaway — finding the small puppy clinging to life atop a chair, near to where a TV had been dumped as well. 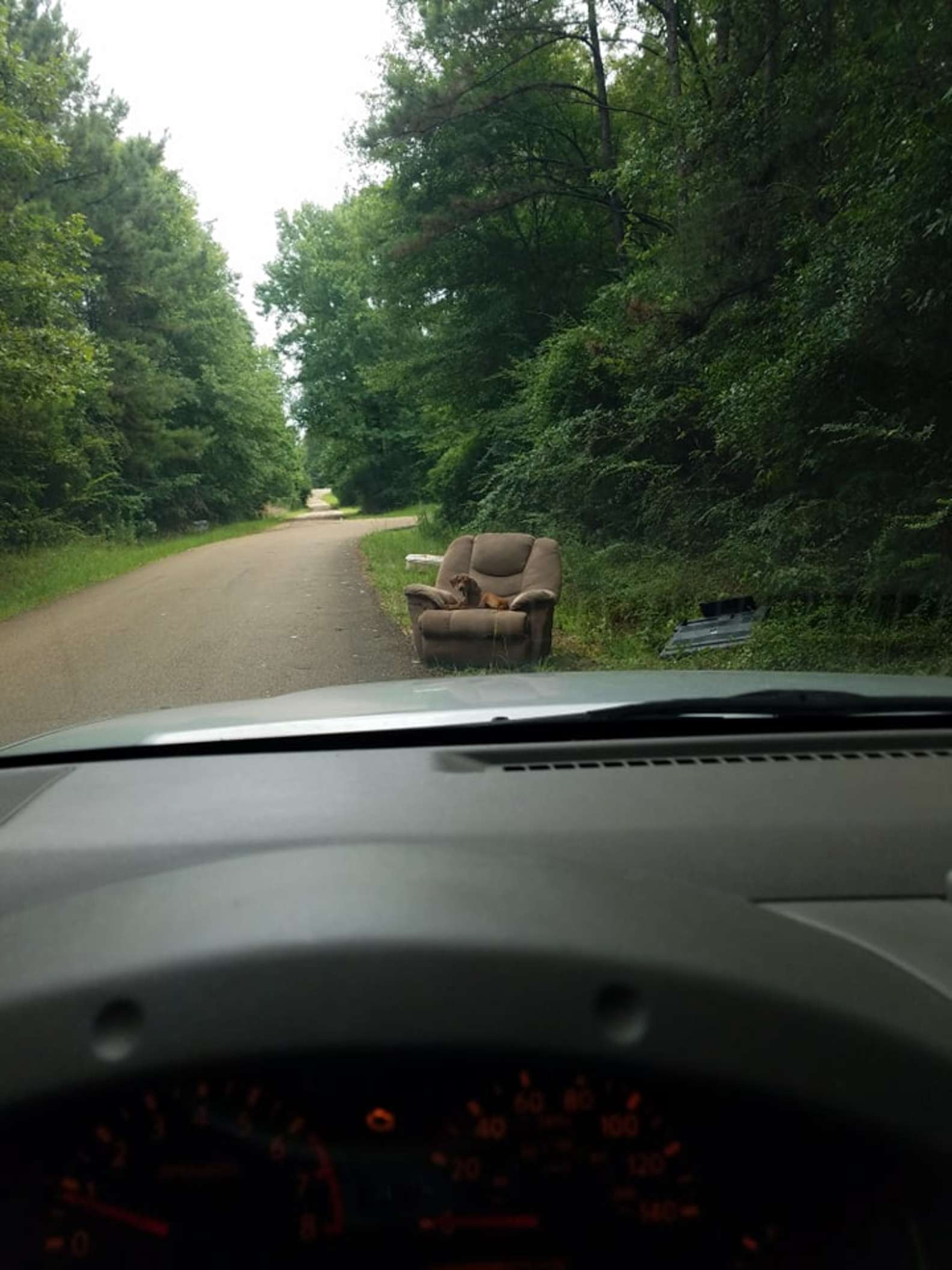 The dog was starving, but had evidently refused to budge, likely believing that the person who placed him there would surely return for him. 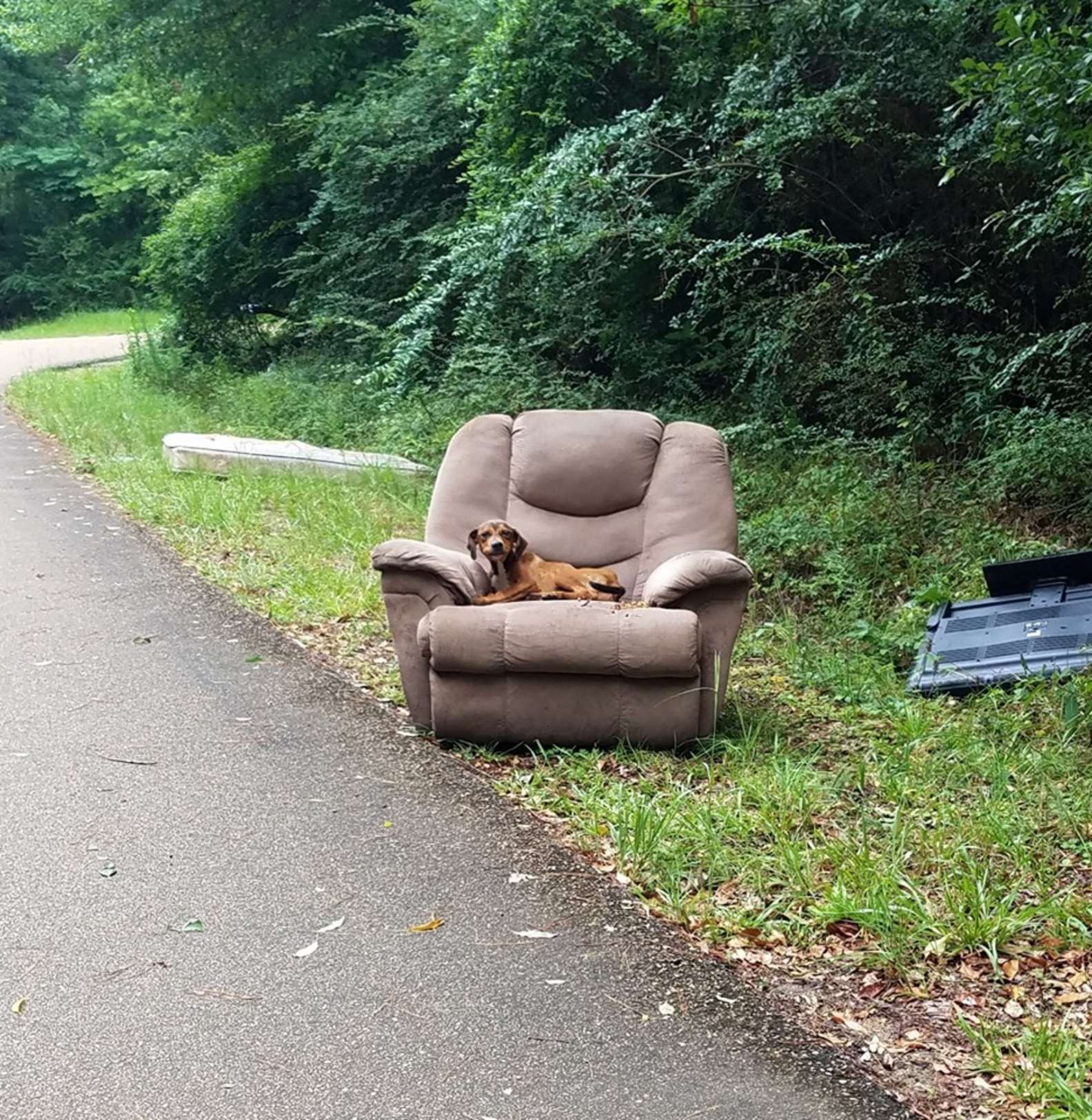 “He looks like he’s been there for about a week,” Norton told The Dodo. “He is skin and bones.”

Norton approached the poor pup and reassured him that she was there to help. She gave him his first meal in days. 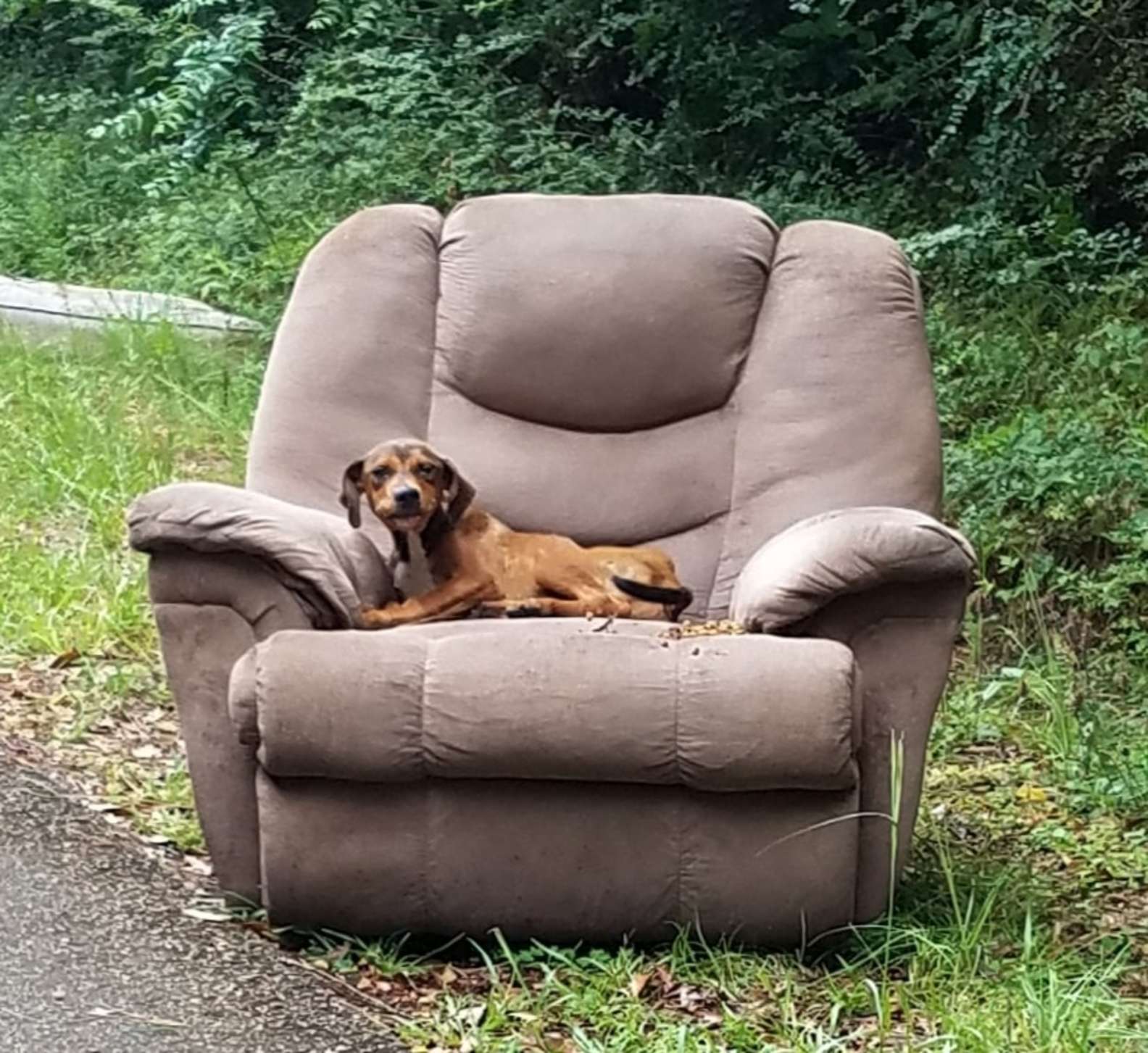 Despite the puppy’s long vigil, holding out hope for his owner who’d never return, the presence of someone who actually cared immediately put him at ease.

“He was very happy when I picked him up and carried him to the animal control truck,” Norton said. “I could feel his tail hitting my back, wagging. He knows he’s safe now.” 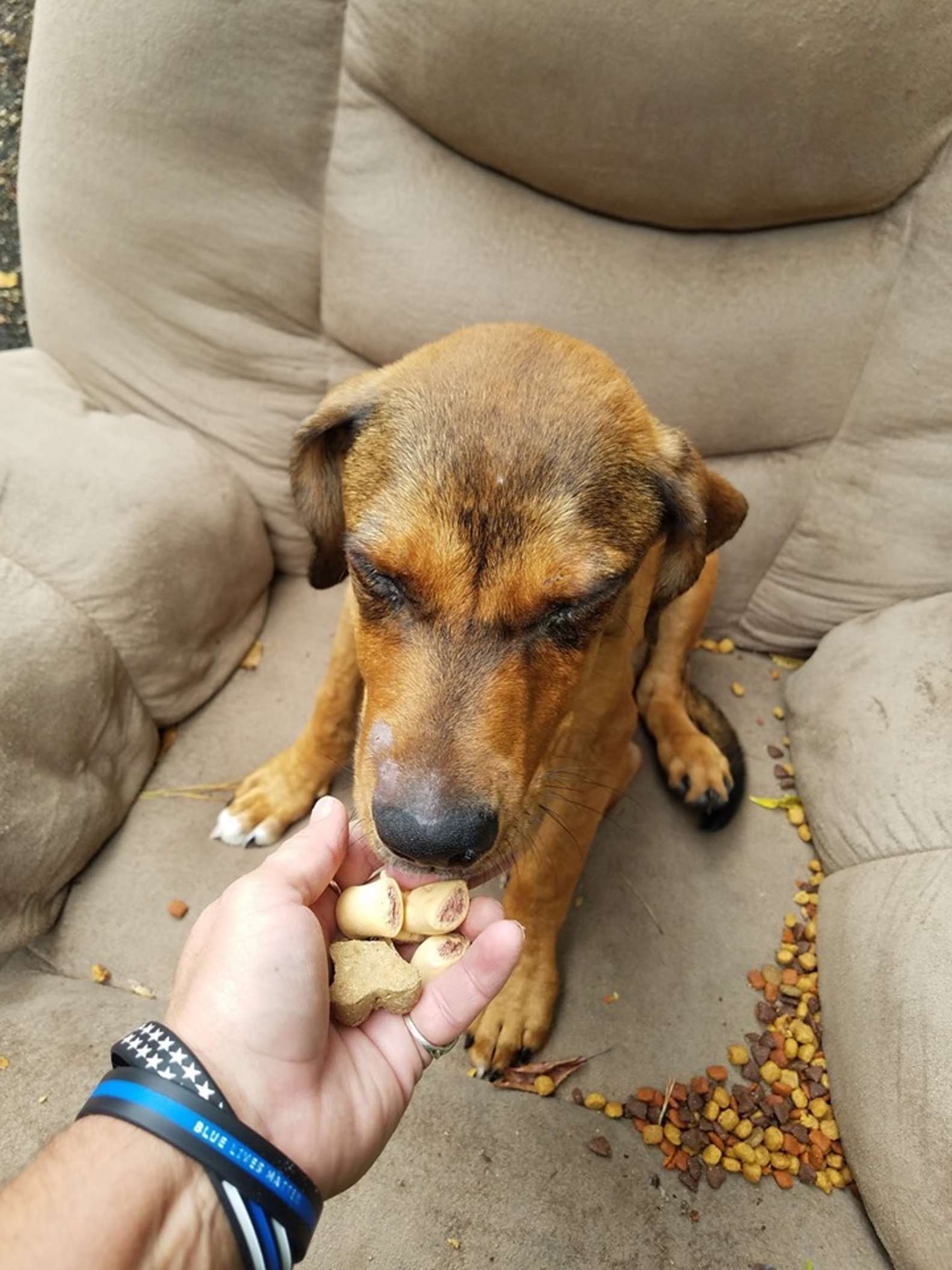 Norton has since vaccinated and dewormed the dog, and placed him in the safety of the Brookhaven Animal Rescue League in Mississippi.

After that, he’ll be made available for adoption.

Unfortunately, Norton said, this case of abandonment isn’t the worst she’s seen — but, in spreading the word about it, she’s optimistic that justice will be served.

“I’m hoping somebody that recognizes the puppy and the recliner will put two and two together and send me a message to help me find the person that did this,” she said. 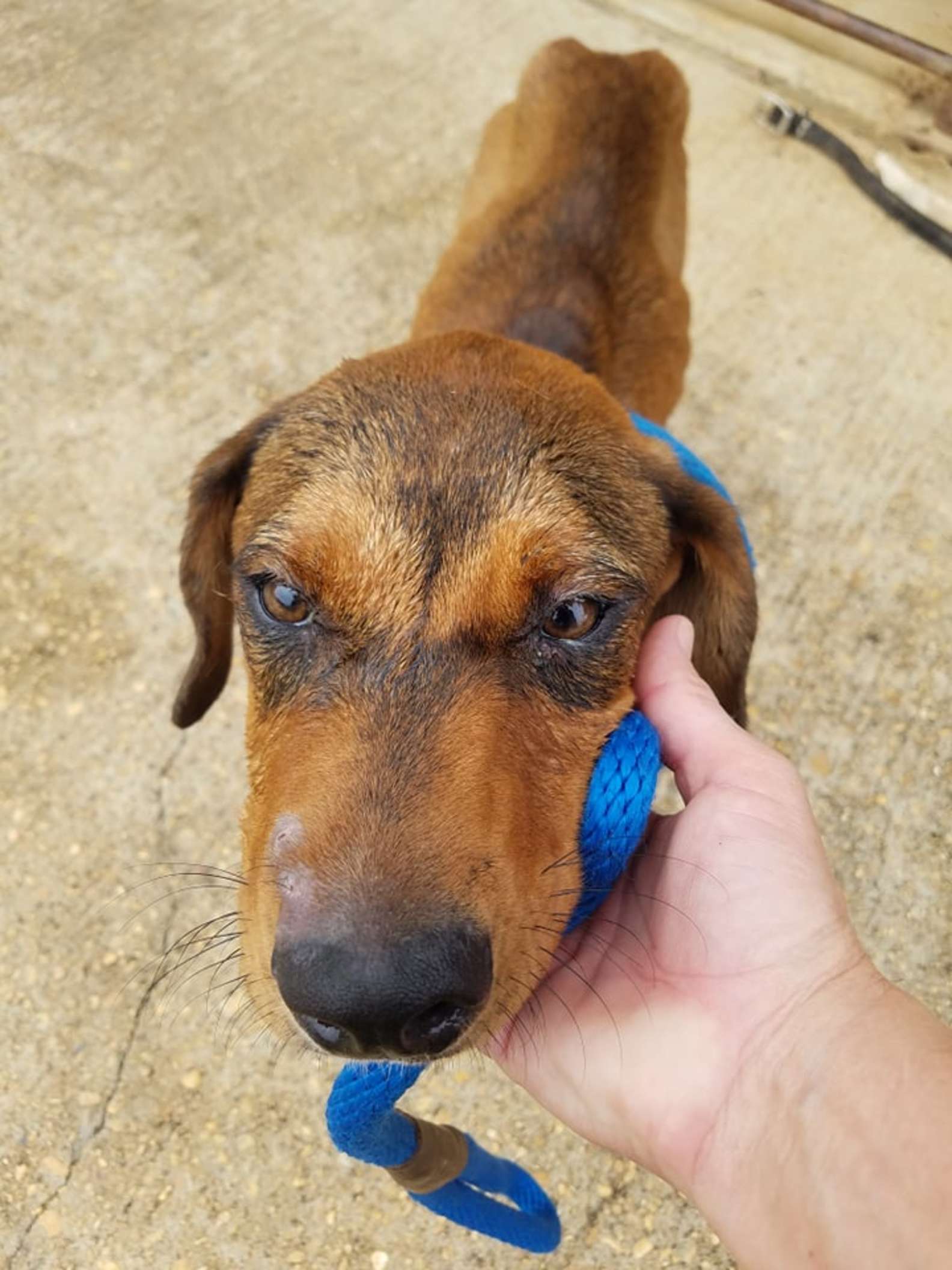